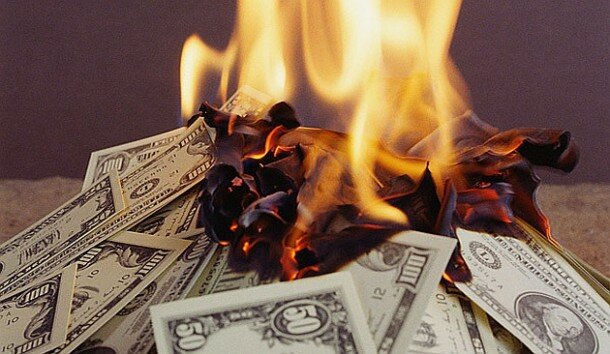 When you pay taxes, you are essentially sending your hard-earned cash to the U.S. government to support and maintain the United States. Your money is supposed to help support your country, for the betterment of all Americans.

But today, politicians commonly relay a message to the American people – we can’t afford anything for you. Yet politicians eagerly permit tax subsidies, no-bid contracts, grants, and more, to banks and corporations without hesitation.

It’s no secret that the USA is experiencing serious financial debt, which amounts to trillions of dollars. This debt is growing tremendously with each passing day.

Politicians preach that all Americans must have some skin in the game if our nation is to recover. But middle-class Americans, the majority of the American population, are working harder and are being paid less. Middle-class Americans don’t have much skin left for this game, because far too many average families can barely keep food on the table, while the US government continues to take and take.

Where Are Your Tax Dollars NOT Going?

As time passes by, Americans are watching their country deteriorate right in front of their eyes. Schools, roads, bridges, and more, are literally falling apart.

In addition US colleges have become ridiculously expensive, healthcare costs are double or triple what other nations charge, and the USA has fallen behind in innovation.

One problem stems from the federal government cutting taxes, especially for the wealthy, expecting this plan to create jobs and advance innovation. It is painfully obvious that this plan has failed miserably, because if tax cuts for the wealthy worked, the USA would be swimming in jobs and American innovation would not be lagging behind countries like China and India.

The federal government also cut back state funding for roads, highways, bridge repair, schools, etc. expecting each individual state to make up for the loss. But the states have not increased taxes sufficiently to off-set the loss of federal income.

Where Is Your Money Going? 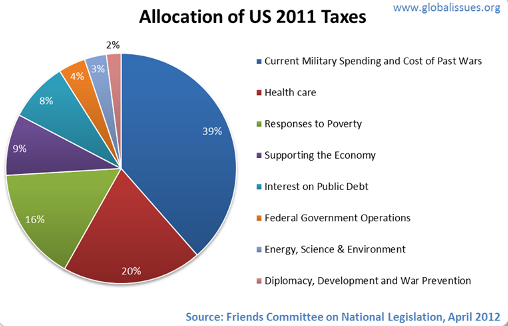 As of 2011, America’s military and defense expenditures accounted for just under half of the world’s total spending for military/defense, at around 41%.

The fact that the United States government uses your tax-cash to needlessly outspend the world for military and defense operations, supplies, corporate war profiteers, manufacturing of unnecessary weapons & machinery, excessive military bases overseas, etc. all this spending is literally eroding the United States of America.

Politicians want you to believe that this obscene expenditure is necessary to keep you safe. But the truth is, your money is actually safeguarding corporate profits. You and other taxpayers are forced to pony up in the name of patriotism.

Are you aware that some of your hard-earned tax cash is being spent to build a treasure map for Afghanistan, which was recently discovered to have a huge surplus of hidden minerals, oil and gas treasures?  U.S. military officials and geologists discovered a wealth of mineral deposits that they speculate are worth possibly trillions of dollars.

Maybe this is the real reason why the US troops have been in Afghanistan so long?

In the past, most presidents enacted a war tax to prevent the country from sinking deep into debt due to additional war expenses. Instead GW Bush decided to cut taxes, while paying for the USA invaded two countries.

You don’t have to be an accounting genius to figure out that cutting taxes, while spending hundreds of billions annually on war, will cause money problems.

What part of pay as you go did our politicians not understand, and why was the the TEA Party silent concerning this reckless spending? 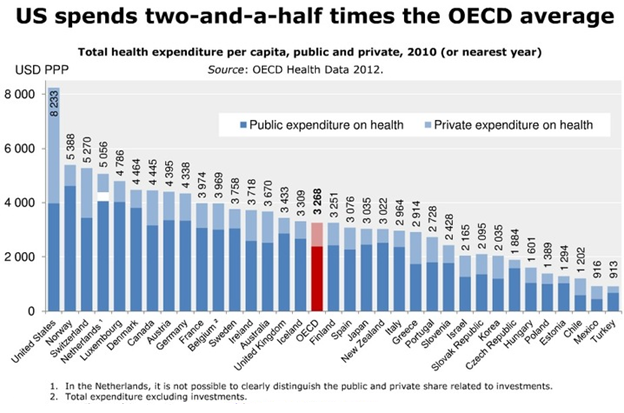 The United States far outspends the world regarding healthcare per capita, yet the USA only ranked 37th in the world for health care.

This is a problem that is unique for the United States, because the US government allows corporations to legally gouge the American people to further advance profits and executive compensation. But this practice is taking a grave toll on the people, while corporate America is becoming flush with cash.

Medicaid And Medicare Are Set Up As Corporate Slush Funds

Approximately 20 percent of US spending is slated for healthcare concerning our elderly and poor children, which is a lot of tax-cash. Politicians ignore the root cause of these programs being so costly, which are complex, but basically stem from legalized corporate gouging, in addition to a poor system of healthcare delivery.

President Obama wanted to change this, and Sen. Al Franken, D-Minn. even introduced a bill that would get rid of the ban regarding Medicare drug negotiations. But this bill had strong opposition from Republican politicians, who caused the bill to stall in the Senate Finance Committee.

QUESTION Politicians preach that Medicare and Medicaid spending is out of control. So what do they propose to solve this problem?

ANSWER Politicians want to cut off the people who are most in need, rather than reign in legalized corporate gouging.

There are so many more problems with the way the U.S. government spends your tax dollars, which is your hard earned cash. But one thing is for sure, when politicians support and protect corporate favoritism, technically this is no different from embezzlement. You could also call this practice stealing.

When politicians needlessly outspend the world for military and defense many times over, when the government makes it law that corporations can charge taxpayers whatever they want for needed medications, etc. all such practices are basically legalized theft.

FACT The United States is experiencing serious financial problems. If politicians continue their political games of corporate cronyism and favoritism, eventually the USA will fall, it’s just a matter of time.

In a round about way, US politicians are stealing YOUR money to help advance corporate profit and power. Have you had enough yet?