Who are ISIS? What do They Want? Who is Behind Them? 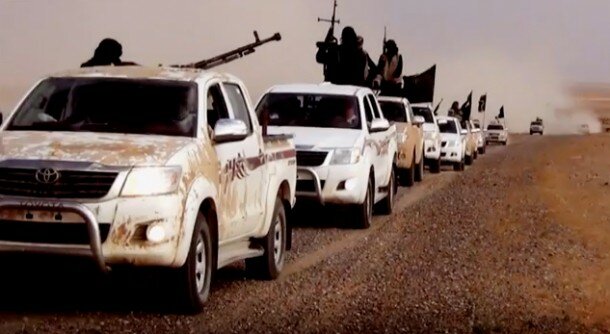 This was not, of course, news to the people who have been following the situation in the region since the invasion of Iraq, but for many, ISIS is the new genie in the bottle. Especially puzzling, how was this relatively small extremist group of people able to seize the second most populous city of Iraq, along with other cities and towns in a week, with incredible speed and ease? The group now controls nearly a third of Iraq and most of the large western province of Anbar, the provincial capital of Ramadi and some small pockets.

More perplexing yet, why did the Governor of the Nineveh Province where Mosul is located, Esil Nuceyfi, send a letter to all Government offices in Mosul to order them to not resist against ISIS’s invasion, a week before it happened?

ISIS is an active Jihadist militant group that was established in the early years of the Iraq War and pledged allegiance to Al-Qaeda in 2004. It is influenced by the Wahhabi movement, (keep this in mind when I explain who bankrolls them, later in the article).

The group has used different names since its inception and grew in numbers by joining or forcefully dismantling other Jihadist factions. The scope of their operations, (taking over Mosul to Tikrit, nearly 250 miles in the span of several days) including the velocity and precision they display during these operations, indicates that they are well funded, heavily armed and trained. Their numbers in the thousands, estimated to be over 10,000, mostly consist of foreign fighters from various Muslim countries, GCC -Gulf Cooperation Council*- countries, Balkans, Syrians from the northern part of the country, over 3000 Turks, a couple thousand Libyans, Tunisians, and immigrants from Russia’s North Caucasus, called the Jeish Muhajirin va al-Ansar (JMA), headed by an ethnic Chechen, Abu Umar Al-Shishani.

Current leader of the group is known as Ibrahim Awwad Ibrahim Ali al-Badri, also referred to as Abu Bakr al-Baghdadi, Ibrahim Awwad Ibrahim Ali al-Badri al-Samarrai, or Dr. Ibrahim, or Abu Dua. He is believed to have been born in Iraq, in 1971 and was held at the US detention facility, Camp Bucca, in southern Iraq for four years, from 2005 to 2009 (no further information on why he was detained or released). He holds a doctorate in education from the University of Baghdad.

What do they want?

The group’s original (supposed) aim was to remove foreign troops and establish a caliphate in Iraq. This objective was later expanded to include Syria. In February 2014, after an eight-month power struggle in Syria and Iraq, Al-Qaeda declared that it cut all ties to ISIS.

The group claimed , when they were still affiliated with Al Qaeda, that they were against secularism, democracy and nationalism, and would like all the world’s Muslims to live under one state ruled by the Sharia Law.

Who is behind ISIS? (Funding, Arming, Training)

According to a report in NEO Journal (New Eastern Outlook), dated June 13th, “ ISIS is the product of a joint NATO-GCC conspiracy stretching back as far as 2007 where US-Saudi policymakers sought to ignite a region-wide sectarian war to purge the Middle East of Iran’s arch of influence stretching from its borders, across Syria and Iraq, and as far west as Lebanon and the coast of the Mediterranean. ISIS has been harbored, trained, armed, and extensively funded by a coalition of NATO and Persian Gulf states within Turkey’s (NATO territory) borders and has launched invasions into northern Syria with, at times, both Turkish artillery and air cover.  The most recent example of this was the cross-border invasion by Al Qaeda into Kasab village, Latikia province in northwest Syria.”

The report explains that the ISIS looting stories of the banks in Mosul were carefully planted throughout the Western media, in an attempt to portray the invasion as a terrorist uprising, and the group in need of supplies, weapons, and cash. In reality, it claims, ISIS already possessed all that it needed before beginning its campaign from Syrian and Turkish territory.

Middle East correspondent of The Independent newspaper, Robert Fisk, asserts that ISIS is bankrolled by Saudi Arabia, in his article dated June 12, 2014.

He writes “From Aleppo in northern Syria almost to the Iraqi-Iranian border, the Jihadists of ISIS and sundry other groupuscules paid by the Saudi Wahhabis – and by Kuwaiti oligarchs – now rule thousands of square miles.” Recall that ISIS is a Wahhabi group.

Iraqi Prime Minister Nouri Al-Maliki also accused Saudi Arabia and Qatar of openly funding ISIS, during an opening ceremony of the Center for Development of Education in Baghdad, March 1, 2014.

In his statement, Al-Maliki accused both countries for launching Syria’s three-year civil war through Al Qaeda-linked groups that now operate on both sides of the Iraqi-Syrian border, next to Anbar.

In its December 2013 report, titled “Playing With Fire: Why Private Gulf Financing for Syria’s Extremist Rebels Risks Igniting Sectarian Conflict at Home”, The Brookings Institution, a Washington think tank, disclosed that Kuwaiti donors have channeled hundreds of millions of dollars to a host of Syrian rebel brigades by taking advantage of Kuwait’s weak financial rules.

Arming and training of the Jihadists against the Assad regime in Syria has been covered by many major news outlets from the New York Times to the Washington Post in the USA, The Guardian, Telegraph and The Independent in the UK, and in local press in Turkey. All reports point out that with the help from the C.I.A. and its western allies, such as M16, Arab governments and Turkey, massive military aid has been provided to Syria’s opposition fighters.

Turkey, especially, has played a major role in delivery of the weapons to the Jihadists in Syria and their training by the CIA, the UK commandos –M16-, MIT (Turkish Intelligence Agency) and the paramilitary Gendarme in Turkey, mostly in the refugee camps that were set up for the civilians fleeing from the bloody conflict. Three of the training camps in southern Turkey, close to the Syrian border in the provinces of Karaman, Osmaniye and Sanliurfa were disclosed by Major General Aviv Kochavi, the head of Israel’s military intelligence on February, 2014.

Patrick Cockburn’s report in The Independent, published on April, 2014, asserts that Ankara worked with the US and Britain to smuggle Gaddafi’s guns to rebel groups, and the MI6 (British secret intelligence service) presence enabled the CIA to avoid reporting the operation to the US Congress, as required by law, since it could be presented as a liaison mission.

Training for the Jihadists is also provided in camps in Qatar and Jordan. Additionally, there are previously trained fighters who fought in Libya against Gaddafi, now fighting in Syria and Iraq. Most fighters travel to Turkey first before slipping across the border. In this video, a Jihadist explains the process in an interview, starting from the health check ups in Ankara, Turkey, to their one month training in Qatar, before heading for their final destinations in Syria and Iraq.

Another Jihadist, interviewed by Ekurd.net, explains the recruitment, training and transportation process in this article, published by the site.

There are training camps set up for the Jihadists inside Syria, as well, where the Assad regime has lost control, mostly throughout western Syria.

These revelations support both the NEO and Al-Maliki claims that ISIS has been harbored, trained, armed, and extensively funded by a coalition of NATO and Persian Gulf states, essentially to weaken Hezbollah, the Shiite organization that is backed by Iran and to undermine Iran’s and its ally Syria’s and their behind the scene supporters Russia and China’s influence in the region. Plus, to have direct control of the regional oil routes from production to shipping. Today, ISIS holds a fair amount of territory in both Iraq and Syria, overlapping a lot of oil fields. 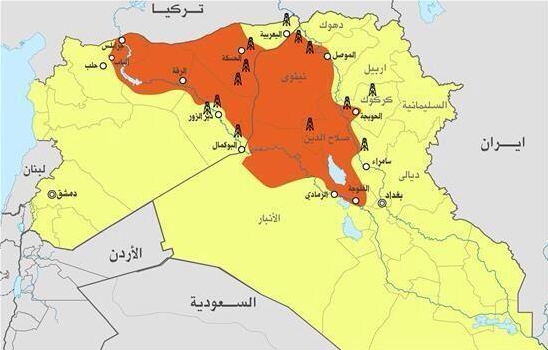 Another possibility is that the US is deliberately implementing the proposed partition of Iraq into 3 autonomous regions, also known as “3 State Solution” in 2007. Introduced by then Senators Joseph R. Biden Jr. (D-DE) and Sam Brownback, (R-KS), the measure called for Iraq to turn into 3 autonomous regions of Sunni, Shiite, and Kurdish regional administrations. The partition idea had bipartisan support in Washington, but Iraqi politicians in Baghdad reacted furiously, denouncing the measure as a U.S. attempt to meddle in Iraqi sovereignty. Some analysts called it a part of the US Divide and Conquer/Rule plan of the strategic countries for geopolitical domination, similar to what happened in former Yugoslavia.

It is not clear yet where ISIS will stop, but regional powers are already getting involved, as Iran declared full support for the Al-Maliki government and the Kurds declared their intent to cooperate with ISIS.

When we consider the USA’s surveillance capabilities in the region, from drones to satellites, it is surprising and interesting to note that the US monitors did not catch ISIS moving with thousands of men in their brand new Toyota trucks and heavily armed, within Iraq. Is it another failure of intelligence, a deliberate negligence or is it intentional compliance and support of the group?

Let’s remember that these are the same terrorists the United States declared to be the enemy in the War on Terror and used as a pretext to invade Iraq in 2003.

*The Cooperation Council for the Arab States of the, originally (and still) known as the Gulf Cooperation Council (GCC), is a regional intergovernmental political and economic union consisting of all Arab states of the Persian Gulf, except for Iraq. Its member states are the Islamic monarchies of Bahrain, Kuwait, Oman, Qatar, Saudi Arabia, and the United Arab Emirates.