Where is the Justice? 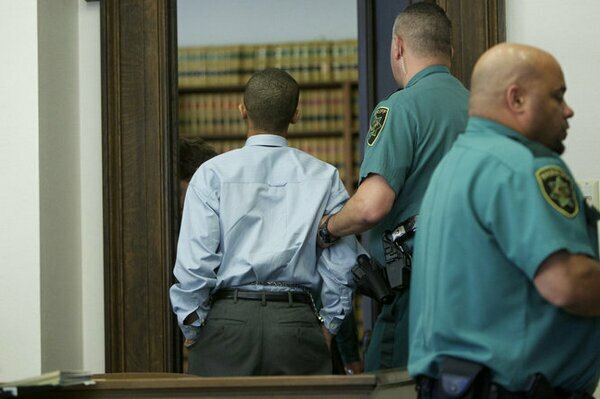 On January 17, 2013 Parrish Bennette, Jr. accepted  a plea deal of 18 years for manslaughter in the death of 14 year old Yashanee Vaughn. Originally charged with murder, Bennette who was 16 at the time of the crime, faced a sentence of 25 years if convicted. In the twists and turns of the case, the location of the victim’s body was not revealed for 4 months; the assumption was that the defendant was not revealing this information.

This situation further highlighted the anguish of both families. One family waiting for word on the location of their daughter’s body, pleading with the accused to reveal the location. The second of a family about to lose a son, a father who “told” on his son about what happened the night Yashanee died. In response to the plea deal Yashanee’s mother, Shaquita Louis, wrote “Where’s the Justice?”

This Oregon case highlights the impact on communities in the wake of a crime; the web of victims left behind to make sense, to heal, to continue on. And one victim for whom they all must speak. Restorative Justice processes work to repair this harm; to serve victim and accused, families and community. Perhaps that is where Shaquita Louis would find justice.

Restorative Justice compels us to look at crime and punishment differently. It brings all the stakeholders in to the decision making process in an effort to repair harm and it mends relationships in communities and between community and government agencies that respond to crime. Restorative Justice looks at a ‘web’ of victims and the harm done to each; allowing each voice to be heard.

In the case described above, a horrific experience on many levels, much harm was done. The death of a child, the torment of not knowing the outcome for weeks, the anguish of not knowing the location of the body , friends and families divided, and further victimization of both families by voices in the community that placed blame on the adults for the actions of the offender and loss of a child.

In particular the lack of information, for four months, on the location of the victim’s body created additional rifts in community, law enforcement, defendant  and government system when it was determined that it had been a decision of the defense team and not the defendant to withhold the information. And finally, the plea deal that  does not include the voices of all in the web. Has harm been repaired? Is this justice?

What if justice looked like this?  Families and victim, community, prosecutor, and offender coming together to determine a path to repair. What if justice is found in the place where opportunity for expression of remorse can begin healing? Particularly in the case of juvenile offenders will justice and healing begin in the belief that “people should never be declared worthless and stripped of the opportunity for rehabilitation due to crimes committed in their youth”?

Restorative Justice principles, grounded in Indigenous peace building practices, requires the participation of the government to preserve order, but expects communities to build a just peace. Those that do harm make amends and are expected to participate in processes for successful reintegration to their communities, to become better and do better. And in turn, communities, having participated in the process and having had a voice, will accept that person and support opportunities to aid them become contributing members of the community and to continue to make amends.

Restorative Justice practices are being use world wide and increasingly in the United States. As these principles become better understood and accepted, indeed, demanded perhaps we will find the answer to “where’s the justice?”.