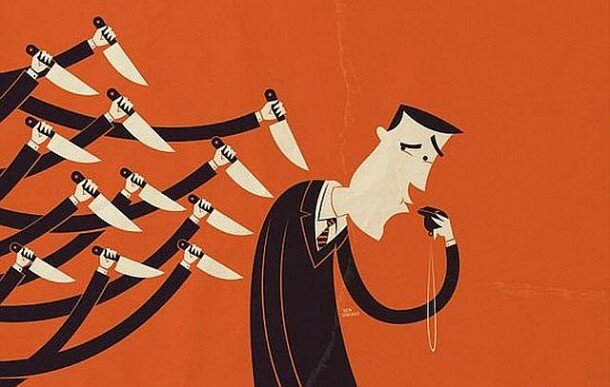 What do Mark Klein, Frank Serpico, Joseph Wilson, Daniel Ellsberg, Jeffrey Wigand, W. Mark Felt, Julian Assange etc. have in common? They are what we subsume under the term whistleblower. While whistleblowers often become quite famous for the stories they help uncover, seeking fame is not generally their motive for speaking up. But to any general rule there are always exceptions.

How do we treat the so-called whistleblowers once they are identified? Are they heroes for speaking up and opening them selves up to public scrutiny and/or praise? No doubt, the public’s opinion about whistleblowers is marked by the motives behind the whistleblowing. If there’s one thing we like as a people, it’s a whistleblower with an honest and humble motive to speak up against an organization’s misconduct or against the government’s dishonest or illegal activities.

Whistleblowers are not always right but many are. Today, however, there is no affection for whistleblowers from the government or even the media. Those who dare to speak the truth tend to be vilified. The trend seems to be, that it is far more of a crime to speak out against any wrongdoing than the actual wrongdoing itself.

When we recollect the Watergate scandal and consider the important part W. Mark Felt played in uncovering the truth, which ultimately led to President Richard Nixon resigning from office. It is safe to say that few whistleblowers have, to this day, had as much impact as Felt.

Frank Serpico, who helped uncover widespread corruption among cops of the NYPD, was one of the unlucky whistleblowers. He was shot during a “questionable shooting” incident. For him, the Whistleblower Protection Act of 1989 came too late.

The Whistleblower Protection Act is meant to protect employers of the government who report agency misconduct, from retaliatory personnel action by agency authorities.

This brings us to some of today’s famous whistleblowers Bradley Manning, who was arrested on suspicion of having passed on classified information and material to the website Wikileaks and John Kiriakou, a former CIA officer, who helped expose the Bush administration’s torture program. It is important to note, that Kiriakou was sentenced to 30 months in prison, while those who committed the acts of torture have not been charged until today. As for Manning, the U.S has labeled him a traitor for revealing some of the American military’s shadier practices and held him for three years, before giving him his day in court.

The Whistleblower Protection Act has not served these two men very well. The Obama administration has prosecuted more government officials under the Espionage Act of 1917 for sharing classified information with the media than all previous administrations combined, despite the fact that President Obama vowed to fight for more protection for whistleblowers.

To protect against corruption, the government of the United States was created with checks and balances. Looking at the situation today, the government no longer tolerates any questioning from its citizens. Corruption often goes unchallenged when people don’t speak out about it. Ultimately, institutions, societies and citizens lose out when no one is willing to cry foul in the face of corruption. But the truth is, most whistleblowers go through hell. They pay a great price personally for telling the truth, especially since the government is hell-bent on prosecuting whistleblowers. This should be alarming to us, because these are not the actions of a truly transparent government that has nothing to hide.

Every whistleblowing story is different. But we owe every one of them a big junk of gratitude for making a moral decision to try and expose wrongdoings. Freedom is merely an illusion without the truth.