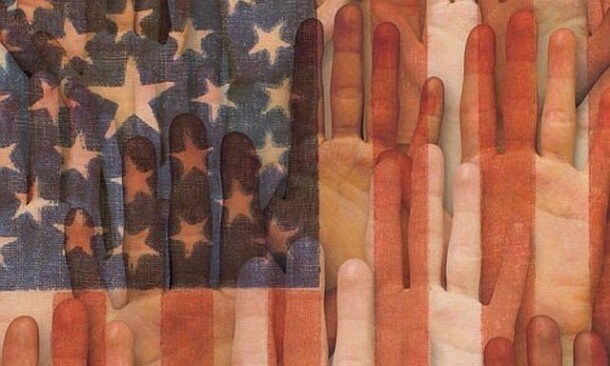 Learn the background behind the news.

In 1776, some ordinary citizens objected to Britain’s colonial policies and decided to secede from the empire. On July 4, they wrote to King George III, stating their goals and their reasons. We call their statement the Declaration of Independence.

Naturally, the King didn’t welcome such treason. After a Revolutionary War, the victorious rebels designed a new country from scratch. Imagine that. No one had ever done it before. They called it The Noble Experiment.

They based their new nation on the premise that the people are the source of government power and authority. It was a radical notion, but they took the risk. After much debate and one false start, they devised an arrangement based partially on the Iroquois Confederacy.

Their nation’s Constitution has been a model for other countries for nearly 225 years. It is the oldest working constitution in the world. It still affects your life in countless ways every day. It takes about an hour to read it, yet few people ever do. This is its preamble:

We the People of the United States, in Order to form a more perfect Union, establish Justice, insure domestic Tranquility, provide for the common defense, promote the general Welfare, and secure the Blessings of Liberty to ourselves and our Posterity, do ordain and establish this Constitution for the United States of America.

Those six tasks outline an enormous responsibility. It does not lend itself to “small government”.

Today, most Americans don’t know the differences between state legislators and U.S. Senators, or between state and federal governments. They can’t name the levels of government, and have no idea which level is responsible for what functions. They think presidents make laws and spend tax dollars. They think we have Constitutional rights to “life, liberty, and pursuit of happiness”.

Even when our schools try to teach civics and government, they do it wrong. They spend countless hours on word searches, anagrams, crossword puzzles, finding pictures, and other stupid games. They talk about the alleged express-implied-delegated-reserved-magic-super powers of government. Guess what. No one EVER mentions that stuff outside of a high school classroom. They teach it in history class, of all things, and never relate it to our real lives today.

And that is by design. The people who dominate our school boards don’t want you or your children to know this stuff. That makes it easier to lie to you and to control you.

And parents can’t teach what they don’t know. Soon it will be too late. Parents, please. Learn this stuff. Teach your children. Read the newspaper. Discuss current events at the dinner table. Attend a city council meeting. Watch C-Span instead of umpteen TV reruns.

If you’re a teacher, there are easy ways to fit this into your already over-crowded curriculum. You can blend civics lessons with history, geography, math, spelling, reading, and other subjects. Parents can do that, too. Our founders thought outside their box. Now it’s our turn. If we do that, then all of our lives will improve.

When you know how legislators make laws, then you can influence the process, and be your own lobbyist.

When you know how to find the text of a bill online, you can read it for yourself to determine which TV talking heads are telling the truth.

When you know what the three branches of government are, and how they work together, who your government officials are, what they do, and how to contact them, then you can find help when you have problems with government agencies.

When you know how to evaluate your representatives’ work, you’ll make good choices in elections.

When you know what’s in the Constitution, and what’s not, you’ll know who’s grabbing power, and who isn’t.

When you understand the First Amendment, you’ll know that someone criticizing your words is not violating your free speech rights.

When you know how your school board works, you can organize your neighbors to demand real civics education in our schools.

I use the U.S. Constitution and current events to teach American government process and function – civics. I explain the history, rationale, policies, and procedures shaping government operations. I don’t report the news. I explain it. I’ll be posting Community Matters articles on the Progressive Press about once a week. I hope you’ll keep reading. I’ll cover topics as they surface in current events. If you want me to address a specific topic, please let me know.

Knowledge is power. Too many Americans have relinquished their power. Reclaim yours.

Filed under general, Rants & Editorials · Tagged with how does government work, teaching civics, US civics education, why learn civics