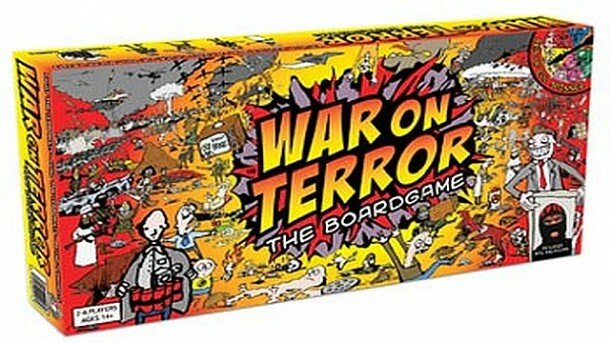 It’s a fact that the USA has military bases in hundreds of countries around the world that do not need military protection, and many no longer want American military presence. But powerful corporations want our international presence to continue because they are making loads of cash.

The USA has the capacity to blow up the Earth many times over. Is there any need to have such a multitude of nuclear weapons? The answer is corporations made loads of profits when they manufactured over 5,000 nuclear war heads and the missiles to deliver them.

Do you know the real reason that the USA has occupied Afghanistan so long?

According to a New York Times report “The United States has discovered nearly $1 trillion in untapped mineral deposits in Afghanistan, far beyond any previously known reserves and enough to fundamentally alter the Afghan economy and perhaps the Afghan war itself, according to senior American government officials.”

A joint report by the Pentagon, the US Geological Survey (USGS) and Afghanistan Ministry of Mines and Industries revealed that Afghanistan possesses untapped mineral reserves, estimated authoritatively to be of the order of one trillion dollars.

The USA Embassy in Afghanistan reported in their newsletter dated July 18, 2012 that “The survey revealed a substantial variety of rare-Earth mineral deposits, in addition to more information about iron, copper, and gold deposits that have already drawn international investors to Afghanistan’s burgeoning mining sector.”

Guess who paid for this expedition? You…Yes, US taxpayers are being forced to help pay for this mineral expediting ventures. We are forced to pay through the nose over and over again, as politicians sell us on the idea that this outrageous spending must continue in order to keep us safe from terrorists.

But if you follow the money trail, it all becomes quite clear. Politicians are being bribed by the very corporations that are making all the money.

The problem is – politicians must raise millions of dollars to fund their campaigns for re-election. If they don’t cooperate or vote against the powerful corporate profit machines, they stand to lose thousands (or more) in campaign donations from these very corporations.

All this explains why the USA continues this fiasco of deception. As corporations are making boat loads of cash, taxpayers that are being forced to help fund their operations… are advised to tighten their belts, over and over.

Because the USA is spending so much money overseas to fund these corporate profiteering operations, our economy is struggling to keep up and we run up massive deficits. In turn, politicians that have been bribed well enough, begin slashing programs that benefit American citizens such as education, helping the sick and elderly, police and fire protection, medical research, etc. in order to cut spending so that corporations can continue spending US tax dollars overseas to make even more money for CEOs, executives and shareholders.

Realistically over 1/2 trillion dollars of your hard earned cash – your US tax dollars are spent overseas every 12 months, with the purpose of securing corporate profits. What’s worse is the fact that US taxpayers do not enjoy the fruits of this financial support. Instead CEOs, executives, shareholders, etc. keep all the profits… screwing the US taxpayers over and over.

Yes we need a strong defense, only a fool would argue otherwise. However our current practice is crushing the US economy, not to mention it’s arrogant, rude and ethically wrong!

I say it’s time that all Americans stand up and say enough… no more… Americans want our tax dollars to help American CITIZENS!

Oh and one last thing, just so you are aware, I am a veteran.