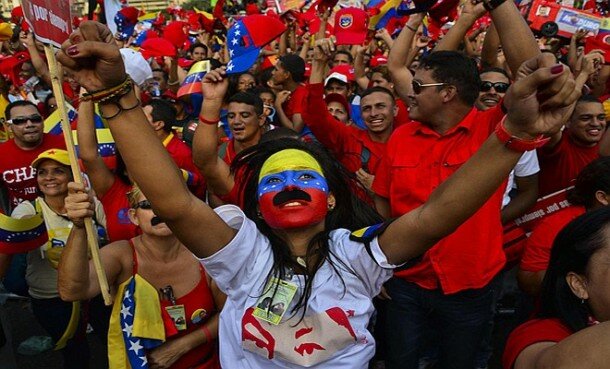 Venezuelans were voting today to elect a president to complete the term of the late Hugo Chavez. The polls are indicating a victory for his handpicked successor, Nicolas Madura.

Chavez designated his vice president, Maduro, to fill out the unexpired portion of his six-year term before losing his life to a battle with cancer at the age of 58 on March 5, 2013.

Maduro has been the acting president since the Chavez’s death and had a 7-point lead over challenger Henrique Capriles in the most recent major polls.

Maduro has said he would follow Chavez’s footsteps and further what he calls the Chavez revolution, channeling billions in oil revenues into health, food and education programs for the poor.

According to a report in the Voice of America, Maduro, a 50-year-old former bus driver and foreign minister, began the campaign with a double-digit lead in the polls that has shrunk considerably in the lead-up to the election.

Almost 19 million Venezuelans will go to vote today with hundreds of election monitors are present from different countries and international organizations to ensure the poll is free and fair.

Long lines are expected at the polling stations but the voters have been saying they don’t mind the long wait because they feel this vote is important.

This is the first election in almost two decades Hugo Chavez’s name won’t be on the ballots.