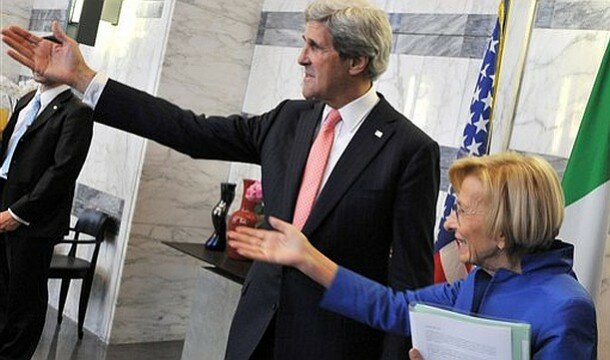 Italian Foreign Minister Emma Bonino confirmed on last Wednesday that 200 American troops were being moved from Spain to the Sigonella Base in Sicily for fast deployment, in case of escalating violence in Libya.

Speaking at a joint session of the House and Senate foreign commissions in Italian Parliament, Bonino said the transfer was in accordance with bilateral agreements between Italy and the United States, after leftist lawmakers complained they had not been told about the deployment.

The country has been battling with increasing insurgent activity since Muammar Gaddafi was removed from power and killed by rebels in 2011.

On September 11, 2012, armed insurgents set fire to the main US consular building in Libya’s eastern city of Benghazi and attacked a nearby CIA compound, killing 3 Americans and Ambassador Chris Stevens.

The Pentagon which has been heavily criticized for not sending reinforcement on time during the September 11 attacks, appears to be not taking chances this time.

On May 16th, Russia also announced that warships from Russia’s Pacific Fleet have entered the Mediterranean for the first time in decades, to form a permanent task force. The vessels are now heading to Cyprus and will make a port call in the city of Limassol.