Yesterday, The United States has led a boycott of a UN General Assembly meeting and panel discussion that was set up by former Serbian Foreign Minister Vuk Jeremic.

European and other Western countries have said that the session titled “international justice” was nothing but a thinly veiled attack on the International Criminal Tribunal for the former Yugoslavia (ICTY).

The ICTY was established in 1993 and it has indicted 161 people for crimes against humanity committed during the wars that accompanied the breakup of the Yugoslav federation. Several dozen suspects remain on trial and 15 of them have been acquitted.

Vuk Jeremic refused to let the Mothers of Srebrenica group, representing families of the more than 8,000 Bosnian Muslim men and boys killed in the 1995 massacre, take part in the panel. 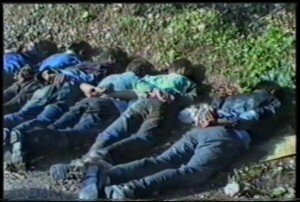 Spokeswoman for the U.S. mission to the United Nations, Erin Pelton, said, “The United States strongly disagrees with the decision of the president of the General Assembly to hold an unbalanced, inflammatory thematic debate today on the role of international criminal justice in reconciliation and will not participate.”

As a reaction to the panel, Jordan’s and Liechtenstein’s U.N. Ambassadors, Prince Zeid al Hussein and Christian Wenewaser, announced that they would be hosting a press conference for two victims groups — the Mothers of Srebrenica and the Association of Witnesses and Survivors of Genocide — while Vuk Jeremic presided over the assembly meeting.

Zeid, who was a U.N. peacekeeper in Bosnia and served from 2002 to 2005, said “We believe it is our duty to create a space so the voices of the victims of the Bosnian war could also be heard.”

EU countries sent low-ranking officials to the gathering while Jordan and Canada joined the United States in boycotting the debate.