Caglayan Courthouse in Istanbul, Turkey, was a scene of scuffle and disgrace earlier today, when a group of police officers beat up and detained more than 50 attorneys who were in the courthouse to represent their clients. The majority of the attorneys were the legal representatives of some of the protestors who were illegally detained or injured by the Turkish police during the ongoing protests in Istanbul and throughout the country.

In a move that casts doubt on the Turkish government’s commitment to the rule of law, an additional 30 attorneys were dragged out of the courthouse by force when they tried to stop the arrest of their colleagues. Meanwhile, the undercover police operators tried to stop the media representatives from filming or taking pictures of the situation.

The detained attorneys were taken to the Vatan Police Department. Currently, over 100 lawyers are waiting in front of the police station, demanding the release of their colleagues.

“In a country, in which lawyers are taken into custody from the Justice Hall, whose life and property is safe? Whose rights and freedoms are guaranteed? Doesn’t this point to a dictatorial attempt at establishing a regime of fear and suspending democracy, civil rights and liberties? As the Ankara Bar Association, we announce that we’ll follow the process closely and support our colleagues, who are members of the Istanbul Bar Association, fully.”

The Amnesty International office in Turkey condemned police violence via its Twitter account today. “We condemn shameful and brutal police violence. We repeated our justice demand in a meeting with Istanbul Governor,” it stated. 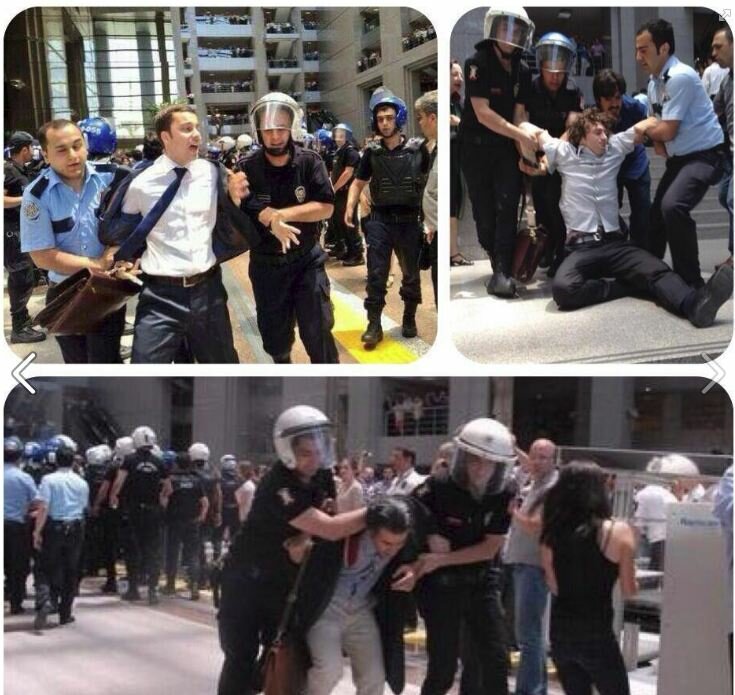