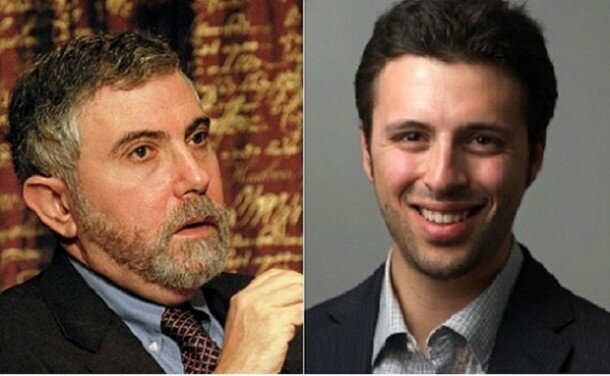 As the clock runs off on the castor oil countdown aka sequestration, we find the White House, GOP leadership and the Washington press corps serving up a marvelous tableau of the entire manufactured chocolate mess; they can’t even agree on the date and time when the cuts actually occur. So then, in order to bring order to the tolling of democracy’s death, whenever that truly is, a brief frolic in the shallow end of the pool is indicated.

You May Ask Yourself, Well, How Did I Get Here?

While it’s a safe bet the POTUS has uttered David Byrne’s question to himself at the shaving mirror nearly every morning in the White House, the short answer to the queries of how and what: the Budget Control Act of 2011, 125 Stat. 239, a frantic and cloying maneuver to save the Republic from a Tea Party-inspired immolation over the self-created debt ceiling crisis of August 3, 2011.

As you’ll no doubt recall, the debt-ceiling limit was imposed by the Second Liberty Bond Act of 1917, an accountancy measure to track the debt we incur from running wars abroad and the rest of that commerce, health, safety and welfare mumbo jumbo at home. In fact, whilst the U.S. was still a complete Confederacy, North included, we’d already racked up $75 million(s) in debt. So then, since 1962 the debt ceiling had been raised 74 times, including 18 increases under Reagan, eight under Clinton and seven under Bush the Younger. Enter Tea Party class of 2010 on their mission to crush the apocryphal Muslim pretender.

Into the Blue Again, After the Money’s Gone

In the ramp up to jumping the policy shark, whilst bitter divisions flickered across the cable and inter-webs, the POTUS and first son of the saloon, John Boehner, had reportedly reached a grand bargain, whereby the Democrats would agree to substantial, phased cuts to entitlements, while the GOP would stomach real tax reform in the fashion of the Buffett Rule. And in order to even induce continued dialogue, Team Obama, Joe Biden, Jared Bernstein and others had apparently bent over backwards to a cuts-to-revenues ratio of up to 6:1. When the Cincinnati Crier brought the accord to his caucus, it blew up in his tawny face; ‘no new revenues over $800 million’ they cried, as against an annual federal outlay of around $4 trillion. Well that’s helpful.

So for various honorable and other reasons, a hasty fix was implemented to raise the ceiling, form a ‘super’ committee to do the real work later, and build in a castor oil clause of sequestration cuts to both entitlements and defense spending in the amount of the difference between deficit reduction and $1.2 trillion; this is now said to be the hard target of $85 billion and the CBO projects job losses near 1 million. Sounds awesome, right?

You May Ask Yourself, How Do I Work This?

So after yet another hasty fix on the fiscal bunny hill crisis of New Year’s Eve 2013, we again find Team Obama and the entire edifice of the GOP eyeball to eyeball with no blinking, winking or blanching in sight. Various cabinet secretaries have predicted dire circumstances, and the POTUS has warned of an economy ‘tumbling downward,’ while Boehner et al have returned from a recess and frolic in time to scold the Senate to ‘get off their butts,’ noting the President already got his revenue increase of a precipitous 2.5% for the highest quintile of American taxpayers. So what is the current father of our country to do?

Our President could take the advice of the grand master of false equivalence, former journalist Bob Woodward, and knuckle under to the GOP, nascent neo-cons and Wall Street, grateful he had already fluffed them toward a whisper of tax fairness on last month’s Boehner-Claymore Mine crisis. And while the POTUS is at it, he should personally apologize for the alleged flaccid threats from the diminutive Gene Sperling against Woodward, a man who allegedly took on G. Gordon Liddy and real thugs some 40 years ago.

Or, he could forgo cavorting with stealth Republicans and cozy up to the real thing, Peggy ‘Thousand Points’ Noonan, who has observed from her perch on the Upper West Side ‘It is always cliffs, ceilings and looming catastrophes with Barack Obama. It is always government by freak out.’ So the grand dame’s suggestion is akin to Lucy’s drills with Charlie Brown on the football; cut, cut, cut and we’ll talk about revenues later. Never mind the $2.2 trillion already cut. Cut some more. We promise, we’re pretty and we’re pretty honest. Trust us. Just like with the grand bargain blowup and the super committee super cave-in.

Rounding out our verse here, we hear a young, thoughtful voice of clarity in the din. Ezra Klein may have this one note perfect when he politely offered the option of chillaxing, letting the sequester happen, and then seeing what happens from there. Noting that whatever gets subtracted from the Pentagon will surely be added later so as not to jeopardize our standing as biggest military thing in all the world, he exhorted the POTUS to avoid falling for the current last minute GOP  scheme to give sequester discretion on defense only; in essence, here’s teeny a scalpel for DOD and two more meat cleavers for everything else.

You May Ask Yourself, My God, What Have I Done?

As so often happens with tune-smithing, one frequently doesn’t know quite how the ditty will end until the end of the ditty. So then what’s the best course for our leader? Tell Jack Lew to sit down, and put Paul Krugman in at Treasury and Ezra Klein at the White House Office of Budget.

[this article edited by KL Johnson]