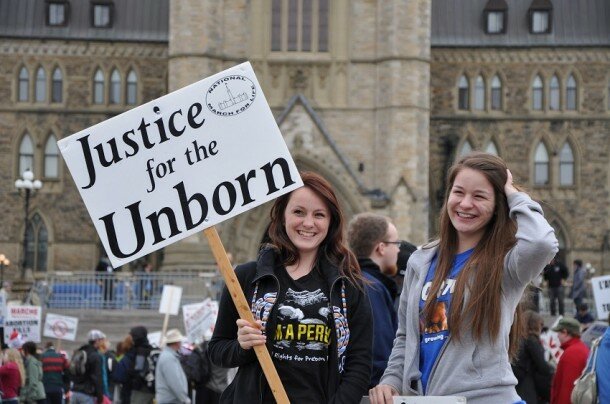 If you are easily offended, you may want to skip this. In fact, you probably should.

We here at The Progressive Press like to talk about Semantics. In fact, I’ve often addressed the importance of Semantics in our culture, politics and daily life. Words matter. And once a word (or phrase) is hammered into the stream of public discourse, it’s pretty hard to shake it. Words are imagery. And they have shaped – are shaping – some of the most important issues of our time. Pro-Choice v. Pro-Life, Entitlements v. Earned Benefits, Gun Control v. Public Safety, and so on. I’m not wading into this again today. A colleague addressed these specifics recently in his op/ed “The Language War” if you care to read more broadly about it.

Today, I’m tackling just one of these. I call them la-la-la-la-la-la-la words. Words used in a heated cultural or political debate for the sole intention of eliciting a particular and often grotesque image designed to “stick”, i.e:  (hands over ears) “la-la-la-la-la-la-la, can’t get it out of my head!”  Like a holiday jingle.  Or a tune by fun.

So let’s play a little word association. Tell me, what is the first thing that comes to mind when I say these words: “the unborn“.

For me, I just get red-faced angry. Then, I imagine Rick Grimes blowing the skullcap off a pint-sized flesh-eater. The Walking Dead. That’s what “the unborn” does for me. There is no term in abortion lexicon that is (a) as offensive; or (b) as effective. The Unborn.

Yesterday, I read a piece by Laurie Goodstein of The New York Times about how Catholic leaders, Bishops, priests, Vatican officials even, are upset with conservatives and Right-to-Life groups for their shameful hypocrisy. These religious zealots, “Christians” they like to call themselves (doing a grave disservice to actual Christians), have categorically derided President Obama’s new gun legislation proposals while simultaneously clutching their big, bright “life” placards. Goodstein’s article quotes John Gehring, Catholic program director at Faith in Public Life, who says that bishops demanding their Catholic legislators vote against abortion rights should also have the gravitas to vote for gun violence prevention. If you’re “for” life, you’re for life, right? Gehring went on:

“Catholic lawmakers who call themselves pro-life and are pretty cozy with the N.R.A. shouldn’t be getting a free pass.”

Also within Goodstein’s column, there is a quote so odious that it served as the impetus for my writing this today. It brought me out of my seat. Let’s test it on you readers.

In speaking to being called out by Catholic leaders on her organization’s hypocrisy on gun violence, the president of the March for Life Education and Defense Fund (organizers of this week’s March For Life in D.C.), Jeanne Monahan, said that as a Catholic in the anti-abortion movement, she “absolutely” supports the concept of pro-life as “conception to natural death”. (I suppose “pro-life” ends at being gunned down, seeing as how that is not a “natural” death).  Ok, fine. I strongly – very, very strongly – disagree. I believe what leaders of the Church meant when they began to decree that “life begins at conception” is that life begins to form at conception. I do not think they intended for sperm and zygotes to have the same rights as you and me (see, Personhood).  And then…….Monahan said this:

There are not enough profanities in the English language to begin to tear at this ignorant, hateful, highly insulting and insipid statement. The only “difference” between the unborn and the Sandy Hook children is size and age?  Bless their little hearts?  I’d pay to see you tell that to Veronique Pozner. Please. By all means, have your “beliefs” but don’t shove them on the world and don’t you dare equate a just-formed zygote or a fetus with a live, walking-around, sentient being who has breathed air through his lungs on this planet for six years and is capable of rational thought and laughter and pain and suffering. “Just conceived” is not an age. This is a barbaric, extreme and dangerous way to characterize our children. Our children. Not what may one day be a child. 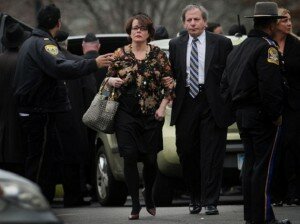 Veronique Pozner leaves the funeral of her son, Noah.

Organizations like Ms. Monahan’s, like the Family Research Council and Focus on the Family (rest assured, if the word “family” is in their title, they are probably a hate group) and cantankerous individuals such as Rick Santorum and Mike Huckabee and yes, Sarah Palin, propagate these words in very public forums. This is not only dangerous, it is morally irresponsible. Talk about mainlining manipulation.

If you think we haven’t regressed in the 40 years since Roe v. Wade became our nation’s precedent, just watch Walter Cronkite’s broadcast from January 22, 1973 as the decision came down. You will be shocked to see how it’s been chipped away at. Watch the entire broadcast. Nothing more need be said.