The Tale of Uncle Tsarnaev, CIA Chief Graham Fuller and a Turkish Islamist Who Lives in USA 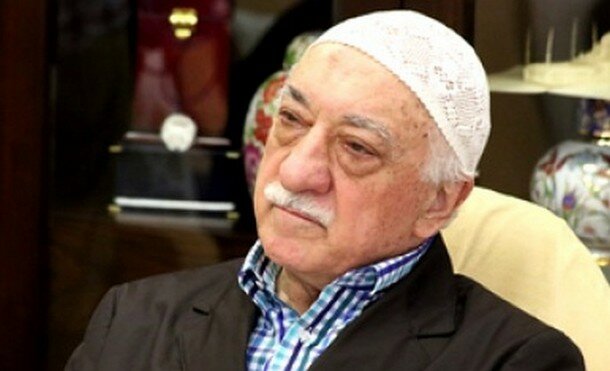 What could be the connection between the Boston Marathon bombing suspects’ uncle Ruslan, an ex-CIA Fuller and a Turkish Imam named Fethullah Gulen?

Turkish preacher named Fethullah Gülen has been living in Saylorsburg, Pennsylvania since 1999. Despite not having an education goes beyond the 5th grade, he has several hundred educational organizations such as K–12 schools, universities, and language schools (mostly English) that have been established around the world, mainly Central Asia, Caucasus, Balkans, and including U.S.A.

How did he receive his US residency status while he was ‘wanted’ by the –then- Turkish Government, is still a mystery. Now, this man owns and operates charter schools in USA –through various foundations- despite the fact his Madrasas were outlawed in countries like Russia and Uzbekistan. His schools were under investigation in the Netherlands. Plus, the origin of his immense wealth, which he used to open and operate these schools all over the world, is unclear.

A former CIA station chief in Kabul and the author of “The Future of Political Islam,” Graham Fuller was one of Gulen’s official references in Gulen’s Green Card application, along with another ex-CIA George Fidas and former U.S. ambassador to Turkey Morton Abromovitz, after Gulen rushed to U.S.A. from Turkey in 1999. It is curious how and why an Imam from Turkey had this sort of connections in U.S.A.

Ex-CIA Graham Fuller who served 15 years as an intelligence officer in various countries of the Middle East and Asia, wrote a book about Turkey, titled “The New Turkish Republic: Turkey as a Pivotal State in the Muslim World”, published in 2008. In his book, he fervently promotes the idea of “Moderate Islam”. The problem is, the man he helped escape to U.S.A. by providing references, Fethullah Gulen, was anything but a “moderate.”

Fuller was deeply involved in Afghanistan in the 1980s, encouraged the Reagan administration to begin arming Iran against Iraq during their slugfest, and suggested to the Clinton administration that it should use Muslims to further US interests in Central Asia.

As a side note here, I wanted to mention that Muller’s daughter Samantha A. Fuller was married to Ruslan Tsarnaev. Yes, the uncle of the two Chechen brothers who are suspected of bombing the Boston Marathon. The couple divorced sometime before 2004. Interestingly, Ruslan worked for companies connected to Halliburton, the multinational juggernaut run by Dick Cheney before  he became Vice President of the United States. He was also a “consultant” for the U.S. Agency for International Development (USAID) in the former Soviet Republic of Kazakhstan. Russia barred USAID from its soil in late 2012, alleging USAID together with CIA was attempting to influence the internal political processes in the country.

Morton Abramowitz, the other reference for Gulen’s Green Card, was also deeply involved with Afghan mujahedin and Kosovo rebels. Currently, he is a Council Member (Senior Fellow) of US Asia Pacific Council.

Gulen was a staunch enemy of secularism in Turkey. He pushed for an authoritarian Islamic state. In fact, a Wikileaks wire reveals how Istanbul Chief Rabbi Ishak Haleva tried to warn USA of this man’s activities, saying he is a “radical Islamist” whose moderate message cloaks a more sinister and radical agenda.

In 2010, a retired Turkish Intelligence Chief, Osman Nuri Gundes, published his memoir titled “Close Witness to Revolutions and Anarchy” where he claimed Fethullah Gulen’s worldwide Islamic movement based in Pennsylvania has been providing cover for the CIA since the mid-1990s, and that in the 90s, the movement “sheltered 130 CIA agents” at its schools in Kyrgyzstan and Uzbekistan alone.

Central Asia’s Islamisation has started with Turkey; Gulen having deep ties with the current Prime Minister of Turkey, Recep Tayyip Erdogan. Erdoğan was elected in 2003, despite having been banned from holding office for his anti-secular, Islamist views and actions in Turkey. Gulen openly and financially supported Erdogan’s election. Today, Turkey has over 85,000 active mosques, one for every 880 citizens—compared to one hospital for every 54,000 citizens— ( 1389 hospitals) the highest number per capita in the world with 90,000 imams. And Erdogan enjoys his reign over the country since 2003 with the US’s blessings.

Why would USA give refuge to this Islamist and even provide high level officials to attest for him?

Turkey (Asia Manor) is located right in the middle of Europe, Asia and Middle East. Old Soviet bloc countries in Central Asia have two common grounds with Turkey: ethnicity and religion. Many of them are Turkic and Muslim. Turkey being a NATO member for 61 years and on the side of U.S.A. since the Korean War of 1950s, has proven to be a trusted ally to US, willing to do whatever it takes to further American interests.

Plus, ‘War on Terror’ excuse can be used to invade more and more countries as we did in Afghanistan and Iraq. We did not invade those countries to squash terror; that was the excuse used for the public, not the real intent.  And that same excuse can and will be used again and again for more invasions or interventions. Therefore it is in the best interest of U.S.A. to fuel it, manage it and use it as needed.

Ahh, Oh what a tangled web we weave, when first we practice to deceive. – Sir Walter Scott (Marmion, 1808)

Note: Statistics on the number of mosques and imams has been updated accordingly -05/04/2013