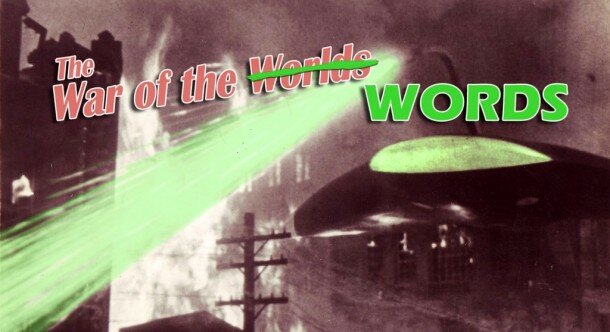 How an issue is framed in large part determines our attitudes toward it.  That seems obvious.  But the critical importance of controlling the message by controlling the language is not so obvious.  Profound changes to America have occurred, or been attempted, with small changes in the language.

The Right has been successful in getting their words and phrases into everyday usage in large part because they are fighting the language wars, and they seem to be winning it. Global Warming becomes “climate change”, the Affordable Healthcare Act becomes Obamacare, common-sense gun laws become an attack on the 2nd amendment, government becomes tyranny, losing an election becomes oppression.

Some notable right-wing attempts to seize control of our common lexicon are such gems as “job-killing taxes”, “union thugs”, “socialist wealth redistribution” (applied to any government worker), or the ever-popular “tax and spend liberal”.  Tax and spend as an insult. What else has any government ever done?  Levy taxes, then hopefully spend the money helping the people who paid the taxes, or the country in general.

The Right would borrow money, then waste it in Iraq based on lies about weapons of mass destruction, which apparently all self-destructed just before we got there.  Therefore, they could be called borrow-and-spend conservatives, but most people don’t prefer to push that language into the common discourse.  Of course there is also no evidence that taxes kill jobs, or that union members are thugs, or that teachers exist to redistribute wealth.  None of these attempts has been a success except perhaps job killing taxes, to a limited degree.

But George W. Bush’s “climate change” – instead of global warming, which has real legs – seems to have taken over for the most part.  I had almost forgotten that this is Bush-speak, it has become so ubiquitous.  Climate change is just something that happens, right?  Nobody’s fault, like an accident.  And it could change to get warmer, or maybe it will get colder, it’s just change, don’t fear change.  Human-caused global warming is a catastrophe that is already happening, and we need to first stop making it worse, then maybe we can actually make some headway at reining it in.  I also read recently about how the media hardly talks about global warming.  I think it’s because they think “climate change”, and that’s just not as newsworthy.

One of the biggest fights in our history has been about abortion.  The fight over a woman’s right to control her own body has been waged in the courts, and in Congress, in newspapers, but also around water coolers at work, and over backyard fences at home, using language as the weapon. Just calling it a woman’s right to control her body is a powerful statement of principle.  Pro Choice, that sounds great.  But once the expression Pro Choice was adopted by the mainstream, the other side realized that “anti-abortion” had no pop, it sounded so negative.  So some bright person came up with “Pro Life” and that really took hold for them.  Even today, one side says “stop killing babies”, and the other says “keep your government out of my uterus”.  It’s almost as if we are talking about two completely different subjects.

And I think that really is the case, the language so defines our thinking that there is no common ground on some topics.  Pro-choice side will never admit they are “killing babies”, and the pro-life side will never admit they want a Fascist-like government control of a woman’s reproductive organs, with the possibility of life in prison for offending, or even the death penalty.  If the “abortion is murder” crowd ever get control of this country, they will make abortion a death penalty offense.  From their point of view they can do nothing else. A consensus on this issue seems impossible, they must simply be defeated at the ballot box and in the courts.

Losing an election becomes “tyranny”, good government programs like FEMA become “socialism”, and being a homophobic becomes “family values”.  And legions of devoted minions push this language through relentless repetition.

They also have the power to make words and phrases disappear.  President Bush said “stay the course” in Iraq, and redefined that as “business as usual”.  The Right had such a panic over this, they immediately stopped saying stay the course, then they claimed Bush had never said it!

The war being fought over the language we use is not new, but with the media being so entrenched in our lives, it has become more important than ever.  Rush Limbaugh, for example, is diabolically clever.  He didn’t call Sandra Fluke the word he did by accident.  Oh no.  He knew the outrage and the attention it would engender, and that the Right would come to his defense, and he would have succeeded in what he was trying to do, to drive a wedge, a little at a time, between Right and Left, that can’t be healed over.  Vultures feast when there is a war on.

So, they are clever, and they are relentless, and they are determined to make us speak their language.  But we can fight back.  One way is to embrace their words and make them our own.  Obamacare.  I like the sound of that.  The President took that, hurled at him as an insult, and he wears it now as badge of pride.  He is a language warrior, and we should not hesitate to follow his example on this.

Another way to fight the language war is to go on the offensive.  It’s better to be a hammer than a nail.  Here is one suggestion:  forget “assault weapons”, that doesn’t have zing.  I now exclusively refer to guns as “ murder weapons”.  Imagine: “Senator, by opposing background checks at gun shows, aren’t you giving unfettered access to murder weapons by criminals and terrorists?”  “Do you think your family is safer now that you brought a murder weapon into your home?”  This makes the message clear:  guns are tools for killing.

Don’t let the Right put words in your mouth. Use Progressive English, and let your words speak the truth.

Brain Slug is a wilderness hiker and backpacker who resides in Seattle, Washington with his heterosexual life partner and Daisy the wonder dog. He is the manager of a small business, and a freelance writer for The Progressive Press. He has been collecting and collating data about politics and the world in general for the last 45 years, and now he is ready to print out his conclusions. So take off your tinfoil hat, attach the Brain Slug to your cranium, and prepare to laugh until you cry. Though Brain Slug often uses humor to make his points, everything he posts is held to the rigorous standards of logic, fairness and fact checking, and is grounded in bedrock progressive principles.