Such was the response of author and activist John Perkins when defining what an economic hitman is in an interview with the Progressive Press on Tuesday. Perkins, an internationally acclaimed writer and advocate for global sustainability, goes on to point out that in the modern age of economic colonialism (in which empires are established through economic force as opposed to military domination) that the modern empires are not those of governments, but corporations.

Under the auspices of supporting and developing infrastructure, Perkins claims the development loans negotiated for the developing world by economic hit-men on behalf of the World Bank, the International Monetary Fund, USAID, and other corporate powers are purposefully designed to fail.

But why? The answer is simple. Resources and influence. Money and power. 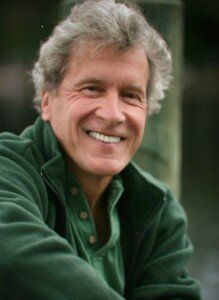 Most anyone with a diversified investment portfolio, who takes the time to examine the stocks and securities their money is invested in, will generally find an investment area defined as emerging markets. These are foreign markets in areas which have, either realistically or speculatively, growing exports and revenues. In theory, this growth should aide in their own economic development while paying dividends for investors.

Such markets include oil from South America, timber and minerals from Africa, and the natural resources and labor markets made available throughout Southeast Asia. The pitch for such investments, and the loans from which the opportunities arise, purports that it’s a win for the nations themselves and for investors, with everyone benefiting from the flows of revenues and investment capital.

However, what is less known to general investors and the larger public is exactly how these typically poor areas, which have difficulty feeding their people, can be and remain poor despite richness and an abundance in actual physical resources. Many critics will point to conventional matters such as internal corruption, political and social uncertainties, and the general lack of serious investment market institutions which have allowed western markets to remain economically prosperous, even during times of economic malaise and a lessening physical export market. Perkins however, goes beyond the words and theories of such critics, claiming that the poverty and apparent economic emergence throughout these nations is part of a larger, intentional, and well-orchestrated effort to maintain these dynamics for the benefit of a select group of corporate interests.

Beginning first with major multi-national banks and financial institutions, Perkins asserts that in support of multinational trade groups, these banks and loan institutions approach the more vulnerable and resource-rich nations, often at the highest levels of government, offering loan packages to aid in economic development. Construction projects, infrastructure loans, and raw investment capital are all offered, or rather pitched, under the guises of being akin to or outright foreign aid. However, within the fine print, which sometimes need not be all that fine, the specifics of the loan structures and the accompanying conditions, create environments wherein these nations become bound, not to grow and prosper, but to fall deep into hopeless debt obligations. Through methods ranging from conditional lending, wherein the money lent is tightly controlled and projects favoring corporate and industrial allies take precedence over those specifically required by the local and national populations as a whole, all the way up to the outright bribery of government and industrial officials, he asserts that loans themselves are but a groundwork for further subjugating efforts which come in the form of loan modifications and restructuring.

Summarizing the restructuring, Perkins says once a nation has been dragged into debt and is at risk of going into default, consultants and economic hit-men, return,  this time with an entirely different carrot and a much bigger stick.

“They’re left holding a huge debt, which they can’t repay. So at some point we (economic hit-men and corporate interests) go back and say ‘since you (the borrowing nations) can’t pay your debts, sell us your oil, or whatever the resource is, real cheap to our companies, without any environmental…or social regulations…or vote with us on the next major United Nations vote…allow us build a military base on your soil…”

The list of demands goes on and according to Perkins. The means by which both the original loans themselves and renegotiated packages are secured go beyond mere persuasive salesmanship and will often extend into the arenas of international espionage, coups and, even assassinations.

“In the cases where we fail, where economic hit-men are not able to corrupt leaders into accepting these loans, then the jackals are sent in. And these are people who either overthrow governments or assassinate leaders…”

To illustrate this point, Perkins points to three prime examples where the failure of western powers to secure the economic interests they were seeking resulted in violent overthrows. The first two, also described in his book Confessions, center on Jaime Roldos Aguilera of Ecuador and Omar Torrijos of Panama. Both are different varieties of leaders. Aguilera is a duly elected populist, while Torrijos is a military commander who came to power by way of military coup. Yet the two shared the commonalities of being fiercely sovereign Latin American heads of state, while also both having died curiously in 1981 in plane crashes (a popular and common means of assassination by intelligence forces for nations wishing to maintain plausible deniability, according to popular spy lore). In his book and in our interview, Perkins alleges that their deaths came about as a result of his failure to sell them on the corporate loan and resource rights packages he had been sent to negotiate, and their refusal to yield to American corporate interests.

For the third example Perkins offers, he points out is not just an example of the work of economic hit-men and economic imperialism, but also to a certain degree, it can be viewed as the birth of such and the beginning of our modern imperial era.

In Iran, during the 1950s, a largely secular, populist, duly elected head of state named Mohammed Mosaddegh, sought to nationalize the oil fields of Iran, allowing all profits from the relatively new global oil market to go to the benefit of the people and state he presided over. Under pressure from the British oil company presently known as BP, British and US intelligence forces ousted Mosaddegh using a series of false flag and propaganda operations in the country, all as part of the intelligence effort known as Operation Ajax. The man in charge of this operation, Kermit Roosevelt (son of President Theodore Roosevelt) is looked to by Perkins as being the first economic hitman in history.

Following Mosaddegh’s ousting, the historically reviled and notoriously brutal Shah Reza Pahlavi was installed as dictator, and quickly acquiesced  to nearly all western political and industrial desires, until his ousting in 1979 by the Islamic Revolution. Many point to Operation Ajax as well as the US’ unwavering support for the brutal dictator as the root cause of modern geo-political tensions with Iran as seen today. Yet to Perkins, these developments stand as mere growing pains in the evolution of economic hit-men and industrial colonialism. When pressed to identify Jackals as intelligence operatives, Perkins agreed, but with caveats.

“These are for the most part these days, private contractors. You know, the old days 007 government agent, licensed to kill are pretty much gone…the government doesn’t want to directly take part in these things and so they hire private contractors…usually people who have been trained by the CIA or the special forces…”

So, international espionage, special forces mercenaries, assassinations of heads of state…all in support of corporate interests and imperialist economic power? All sounds hard to believe, right? As though pulled straight from a dystopian sci-fi novel, or political intrigue paperback. Yet with the histories of Operations Ajax and the grander Gladio, now a matter of declassified public record, as well as the ongoing hegemonic and war consulting economies that have grown and gained public attention due to the wars in Iraq and Afghanistan, everything from the questions regarding puppet states and corporate influence to the obvious and well-reported on growing mercenary (euphemistically referred to as security contracting) industries certainly lends considerable weight in support of these claims.

However, all is not lost and there is not yet real need or cause to run to the hills. Citing the rise of the modern activist by way of Occupy Wall Street and the Pachamama Alliance, as well as the significant advances in communication and technology, Perkins conveys optimism in regards to the future.

“I think each one of us needs to follow our own passions and use whatever our particular skills are, and if we all head down towards the same destination of creating a sustainable, just, peaceful world, a world that our grandchildren would want to inherit, then we’ll get there. And we all have to do it in different ways…”