The Economy is Booming, but for Whom? 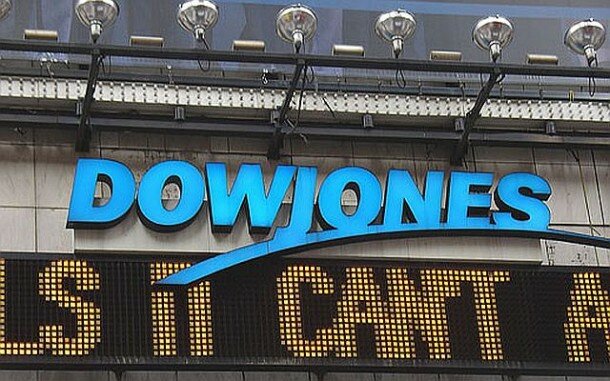 The Dow Jones Industrial Average rose to over 14,000 points in recent weeks. The Dow reaching this high number first happened in 2007, the year before the Great Recession hit America like a ton of bricks, wiping out the retirement savings for millions of Americans and changing the nation’s confidence in the markets. I suppose now would be a safe time to announce to you that we are the only ones hurting, the economy is doing great!

Conventional beltway wisdom these days seems to be that what is good for Wall Street is good for America. With the market eclipsing the 14,000 mark, one would think that the economy is roaring once again.

When the Dow surpassed 14,000 the first time in 2007, it felt like a celebration of a bull market. The American economy was great and we were on the path to prosperity for all. So why then, does it feel different this time? How come it seems to most people that we are still in economic hard times, as if the economy never recovered from the Great Recession at all?

The reason why it still looks like most Americans haven’t recovered from the Great Recession, is because most of us haven’t. According to Berkeley Economist Emmanuel Saez, the top 1% of income earners have taken over 121% of all economic gains since 2009.

The very wealthy have seen their wealth continue to rise, while the rest of us suffer. Incomes for the bottom 99% of working people have actually fallen since 2009. Corporate profits are at an all-time high, with many big companies sitting on piles of money, so large that they don’t even know what to do with it.

But the mainstream narrative continues to tell us that the economy is hurting, that we must continue to sacrifice in these tough economic times. Don’t believe this narrative, it is a lie! The economy is booming, only you and I and the rest of the average working people no longer get to share its spoils. As Warren Buffet famously said, “There is class warfare, and my class is winning.”

The economy is only struggling for those of us who are unfortunate enough to be in the 99%. The world of the 1% is unbelievably lavish. Life hasn’t been this great for the rich since the 1920’s, prior to the great depression and FDR’s pesky New Deal. Coincidentally, the last time income inequality was this bad in America, was in the 1920’s.

For those fortunate enough to reap all of the economic gains, the world is their oyster. Meanwhile, the rest of us are told that we should be thankful for our jobs, that we should never raise questions at work, because someone else will do our job without complaining so much about the lack of benefits, the lack of wages or the harsh working conditions.

FDR’s New Deal helped create a foundation upon which the American middle class was built. But the American people didn’t just elect FDR and hoped for him to make changes; they mobilized en masse and forced FDR to implement these changes. They didn’t just hope for FDR to be their savior, they took action. They struck their workplaces, they sat down and shut down the assembly lines. There was even real fear of a possible communist revolution if workers didn’t get a better deal. This forced FDR’s hand.

According to Saez, the policies put in place following the recession of 2008, most notably the Dodd-Frank financial reform, are positive steps toward reducing the runaway inequality, but they are very modest compared to the changes that come out of the Great Depression. This is because the working classes today are not organized and militant as they were during the 1930s. Until the workers begin to demand their fair share, things are going to get worse and worse. The powers that be never gave anything to the working class. The working class took it.

Wall Street is organized. Big Business is organized. That is why they get everything they want. That is why; we have politicians that are more accountable to them than they are to us. That is why; they continue to push policies that will not address the real systemic problems that have made the rich richer at the expense of the middle class.

Don’t believe the lies. We don’t have to sacrifice. We don’t have to trim our belts and our budgets. We don’t have to work harder for less and less in return. We don’t have to grin and bear it in our work places without ever raising questions about why we never get a raise or a paid day off. What we have to do is mobilize and organize. Unless we mobilize and take action, the current state of the economy will be the new normal. It will not get any better. If anything, it will get worse for working people. That is the one and only way we will ever get our fair share in this economy.