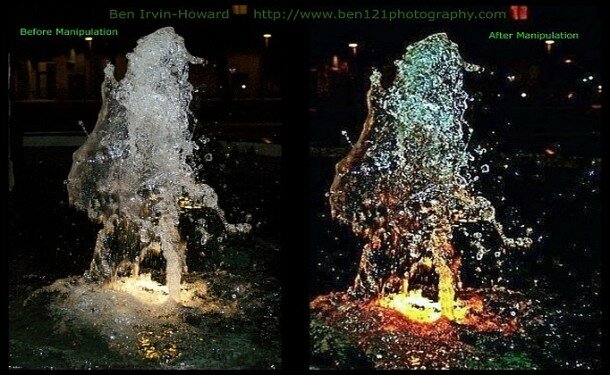 In Part I of The Debate over Digital Photography I asked the question, “Is digital photography true photography?” I believe I made my case strong, that yes, it is. But there is another matter to be dealt with yet on this subject, and that is dark rooms versus photo-editing software.

There are many different programs out there and the most recognized name would be that of Adobe Photoshop, so much so that many people will referring to any photo-editing technique as “Photoshopping”. But there are many other programs out there, so I am not going to focus on Adobe Photoshop and will just stick to calling it photo-editing software in general.

People do not criticize photo-editing software quite as much as they used to do so, but it still comes up once in a while. I do recall many times people actually declaring that if you use photo-editing software, you are cheating. Well first, let’s just ask the question: How else are you going to edit a digital photograph? I’m pretty sure you need to use a computer and some sort software to do that. But what they were saying was just yet another way to belittle digital photography and declare film to be the only true medium for photography. And to be a legitimate photographer, you must spend your time editing a photograph in a darkroom or else it just does not count.

I have spent my share of time in a darkroom, and I quite enjoyed it as there are a lot of cool things you can do in a darkroom to manipulate a photograph. But that is exactly the same thing you do with photo-editing software: you are manipulating the photograph. Just because you do that on a computer does not mean you are cheating; it simply means that photo-editing software is the darkroom of the digital age.

Now you can easily open up a photograph and quickly edit it using this type of software. I do this to change the brightness, or make a color photograph black and white, while doing the same things in a darkroom can take a lot longer. Is that cheating? No, that is just a computer being faster than a human. Now, the changes I made to the photograph, that I am using to illustrate, what can be done with photographs took much longer than just simply a click of the computer mouse. I made copies of the photograph, manipulated the different copies, and then layered them on top of each other and blended them together. It took a lot of time to get this just right.

The reason that this is such as strong subject for me, is that I had a professor in one of my film photography classes in college, who was a great photographer, who actually criticized digital photography quite a bit. And while this was a film class, I was just starting to get into digital photography. And this professor told my class that you can tell the difference between the two mediums very easily, and that digital is clearly inferior. He almost had me convinced. But he was using facts that were a few years outdated: in the 1990s, and I would say in the early 2000s, you could easily tell the difference. But this class was in 2006, and digital photography had come a long way.

So after thinking a long time about it, and doing my own research, I realized he was wrong about it. And I myself am not putting down film photography at all; I am simply stating that digital photography and the software used to edit the photographs are just as legitimate as film and darkrooms. And the fact is that times are- and have been- changing. Yet, even though the argument is not brought up as often as it was, there still exists a group on Xanga, entitled: Digital Photography is Not Real Photography

Which brings me to my final point, because this behavior of putting down digital photography is actually rooted into the fear of change, we have seen this many times before. People do whatever they can to fight change, they try to stop or slow it down. They criticize the change and those that support it. Or they might go further than just criticizing but will verbally attack those who are in favor of it. Those who support the change will either try to reasonably argue why the change should happen, or they might just attack back. We see this in other parts of society, not just in art. For example, just the other week, we saw this being played out with the Supreme Court hearing argument on Proposition 8 and Defense of Marriage Act, our KL Johnson wrote an article concerning this topic: The Gays Are Coming To Take Your Guns: Rational Inquiry Into Prop 8 And DOMA. Change is happening and it does not always have to be negative.