The Progressive Press — Al-Nusra Say They are Ready to Fight Hezbullah in Syria : http://t.co/HUeyZqZAzE 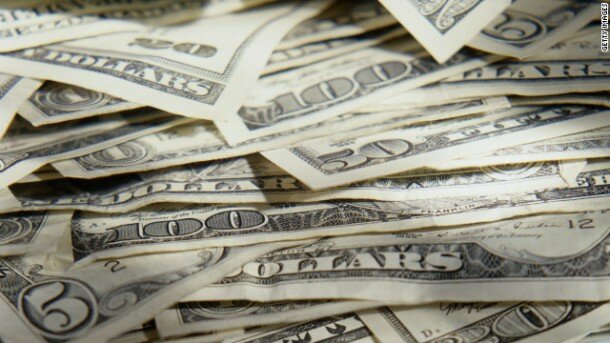 1. The NRA is a terrorist’s best friend.   Technology is making it increasingly possible to manufacture handguns made primarily of plastic and other non-metal materials which cannot be discovered by metal detectors. This gun would be a terrorist’s dream but a nightmare for airport security.

Of course, no law-abiding person needs a handgun that can evade airport security, but the NRA wants to make sure that option will be available.

One way our government can track down terrorists is to require manufacturers of common bomb components to place tagants, which are small physical or chemical markers, into materials commonly used to make bombs. After a bombing occurs, these tagants can be detected and used to trace the bomb materials back to their source and possibly help identify the origin of the bomb or even the bomber.

This sounds like a great idea and doesn’t infringe on anyone’s rights, so naturally the NRA opposes it. They have successfully gotten enough members of Congress to block any legislation mandating tagants in common bomb making materials. Terrorists are no doubt grateful to the NRA for helping protect their identity.

2. The NRA protects the right of brutal dictators to commit genocide.   In April, 2013, the UN passed the Arms Trade Treaty by a vote of 154 to 3. This treaty prevents brutal dictators from getting conventional weapons like tanks, missiles, warships artillery and combat aircraft to commit genocide. Only Iran, Syria and North Korea voted against it.

Yet Iran, Syria and North Korea have one friend on their side; the National Rifle Association. The NRA has urged the U.S. Senate to reject the treaty by claiming it enacts gun control laws in the U.S.

This is a complete lie. The treaty specifically states that it cannot be interpreted to enact gun laws or restrictions on individuals in any country.

You can read the entire treaty for yourself HERE.

The most likely reason why the NRA opposes this treaty is that the American gun industry is a huge exporter of conventional weapons. They profit greatly from selling weapons that eventually make their way into the hands of brutal dictators who use them to commit genocide. By opposing this treaty, the NRA is protecting the profits of the gun industry.

3. The NRA opposes law enforcement.   In 1993, the NRA strongly opposed the Brady Law despite the fact that it was supported by each of these law enforcement organizations: The Fraternal Order of Police, the National Association of Police Organizations, the International Brotherhood of Police Officers, the International Association of Chiefs of Police, the National Organization of Black Law Enforcement Executives, and the Police Executive Research forum.

Police nationwide support restrictions on fully automatic machine guns and “cop-killer” bullets, but the NRA has fought them on these issues too.

When any police chief stands up to the NRA on gun issues, they are smeared and maligned. San Jose, California police Chief Joseph D. McNamara criticized the NRA for opposing the Brady bill. The NRA ran full page ads in national magazines claiming that McNamara wanted to “legalize drugs, marijuana, cocaine, heroin, crack” but it was all a lie. The NRA was sending a message to police chiefs all over the country not to oppose them or there would be a price to pay.

Nashville Police Chief Joe Casey was president of the International Association of Chiefs of Police when the NRA tried to get him fired because he supported a waiting period for handgun purchases.

When the NRA attacked federal agents of the FBI and BATF as “Jack-booted thugs”, Dewey Stokes, president of the Fraternal Order of Police, said that “Every law enforcement officer in the country that does wear a badge ought to be outraged at what the NRA is doing. We don’t need the NRA making law enforcement officers, whether at the Federal or at the local level, targets of hate groups.”

5. The NRA only cares about protecting the gun industry.   In the 1990s, NRA executive Vice President Wayne LaPierre said he believed background checks are a good way to keep guns out of the hands of criminals without infringing on the rights of law-abiding gun owners.

Gun crime dropped dramatically for ten straight years after the Brady Law was passed, mandating background checks on most gun purchases. But the gun industry complained of lost revenue due to a slump in gun sales.

After the multitude of evidence from the FBI and the BATF showing that background checks reduce crime, the NRA said they now oppose background checks. The most likely reason for this change is because the lost revenue from gun sales is far more important than the lives saved by reducing crime.

Virtually every solution the NRA proposes to any problem involves more guns and higher profits for the gun industry. School shootings? Arm the teachers. Terrorist hijackings? Arm the pilots. Road rage? Keep a gun in your car. Gang violence? Get a gun. In their world, you need to have a gun handy whenever you answer your door, get groceries, go to church, or take your kids to school.

They oppose background checks, waiting periods, licensing, registration, limits on how many guns you can buy at a time, limits on the number of bullets a gun can hold, restrictions on assault weapons and even restrictions on fully automatic machine guns.

The NRA no longer even gives lip service to the idea that we should keep bad guys from getting a gun. As Wayne LaPierre says, “The only solution to a bad guy with a gun is a good guy with a gun”.

They even got Congress to give the gun industry immunity from lawsuits over gun deaths and injuries. They can talk about freedom, liberty and the Constitution, but all this does is protect the corporate profits of gun manufacturers and gun dealers.

This might be a good time to mention that the board of directors of the NRA is largely made up of gun manufacturers, gun dealers, and people who profit from the gun industry.

6. The NRA uses fear to manipulate people into buying more guns.   After every tragic mass shooting like Columbine, Virginia Tech or Sandy Hook, gun sales suddenly increase because the NRA scares gun owners into thinking that the government is coming to take their guns away.

Since 2008 the NRA has been insisting that Barack Obama is going to confiscate your guns and repeal the 2nd Amendment, despite the fact that Obama has only made it easier to carry a gun on Federal lands.

The NRA generates this “They’re coming to take our guns away!” hysteria whenever any gun regulation is proposed that’s supported by a huge majority of Americans and even a majority of NRA members.

Background checks, which the NRA used to support, are now considered part of that “slippery slope” to total gun confiscation. Almost all the rhetoric the NRA engages in is aimed at getting people to buy more guns and increase the profits of the gun industry.

7. The NRA blames blacks, Hispanics and American culture for high rate of gun crime.   The NRA often argues that the rate of gun crime is so much higher in the U.S. than other countries because of “cultural differences” between the U.S. and those countries. They say it has nothing to do with guns, that violence is just part of our culture. In other words, the NRA believes Americans are just a nasty, violent people.

A 1988 study by Dr. Arthur Kellermann showed that gun crime in Seattle, Washington was much higher than in nearby Vancouver, BC, which has tough gun laws. In his book “Guns, Crime and Freedom”, NRA Executive Vice President Wayne La Pierre responded that the higher level of crime in Seattle was due to a higher percentage of blacks and Hispanics, not because of easier access to guns.

8. The NRA rejects the views of the American people, gun owners, and even their own membership.   Wayne LaPierre told Congress that he represents the views of not only 4 million members of the NRA but tens of millions of gun owners across the country. He then proceeded to say the NRA opposes universal background checks for gun buyers.

According to Gallup polls in 2012 and 2013, at least 91% of Americans along with 84% of gun owners and 74% of NRA members, support universal background checks. The NRA is so out of touch on this and many other issues that they don’t even represent the majority of their own membership, let alone gun owners in general.

9. The NRA opposes Democracy.   Through a combination of threats and campaign bribery, the NRA has repeatedly pressured members of Congress to go against the wishes of the American people on gun issues.

When a solid majority of Americans consistently support certain gun measures like waiting periods and background checks – which have never been ruled to violate the 2nd Amendment – the NRA manages to defy the will of the people and kill even the most modest, common-sense legislation.

When 91% of Americans, most police organizations and a majority of the U.S. Senate supported background checks, the NRA convinced a minority of Senators to use the filibuster rule to prevent any vote at all on a bi-partisan background check law

They have also pressured members of Congress to block any bills calling for licensing or registration of gun owners despite the fact that 70% or more of the American people have supported these provisions for decades.

10. When caught in a lie, the NRA continues to repeat the lie again and again.   In his book “Guns, Crime and Freedom”, Wayne La Pierre says that Switzerland has a higher rate of gun ownership than the U.S., but lower rates of murder and violent crime. He concludes that more guns and fewer gun laws would enable us to have less crime like Switzerland.

What LaPierre leaves out is that Switzerland has the very gun control laws that he opposes so vehemently. All men in Switzerland have rifles but every rifle is registered with the government and all ammunition must be accounted for. To own a handgun, the Swiss require a background check, a permit to purchase a handgun, and handgun registration. In reality, Switzerland proves that gun laws work, but the NRA continues to repeat this falsehood.

The NRA likes to say that Hitler banned all guns in Germany, thus proving that only tyrants who want to disarm the people could support gun control. First, Hitler didn’t ban guns in Germany; he actually made it easier for most Germans to get a gun.

Secondly, it’s a moot point since there is no movement in America to ban all guns. Waiting periods and background checks have nothing to do with banning guns.

In 1993, the Brady Law mandated a waiting period and background check, yet that never resulted in any effort to ban or confiscate guns. History does not support the “slippery slope” argument that all gun laws lead to a ban on guns. Yet this is a lie that the NRA continues perpetuate.

Last reply was 1 week ago