Syriza and Podemos: From austerity to equality. Will they make it?

What really happened in Greece and Spain? Will Syriza and Podemos be able to bring economic and social stability to their countries? Listen to our editor Emine’s interview with Progressive News Network to learn more about the Eurozone crisis and the new emerging parties of the EU. 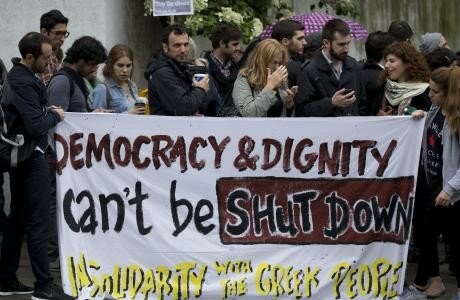 The reaction to the Greek government’s decision to shut down public broadcaster Hellenic Broadcasting Corporation (ERT) on Tuesday, is continuing. Today, the European Broadcasting Union (EBU) has called on the Greek government to reopen the channel. The Greek government said the closure was necessary to meet the country’s debt bailout obligations. It is the latest move in austerity measures aimed at leading the country out of recession. The European Broadcasting Union called the government’s action “anti-democratic” and “unprofessional.” In April, Greek parliament passed a bill which would cause 15,000 state employees to lose their jobs by the end of next…

May 1st is International Worker’s Day, Here’s Why it Matters: 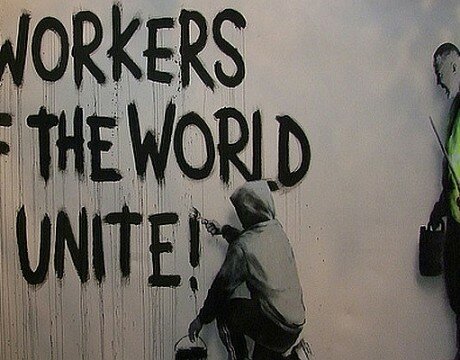 In case you’ve missed it, today (5/1) is International Worker’s Day, also known as May Day. In America, the biggest holiday for workers is Labor Day, which falls in September. May Day is  the international worker’s equivalent of labor day. Around the world, protests and demonstrations have shown the extent to which workers are outraged and are showing their ability to flex their collective muscle. In Istanbul, Turkey, demonstrators caused a city-wide shut down. In Greece, striking union workers shut down train and ferry services. In Jakarta, an estimated 150,000 workers marched on the capital, demanding an increase in pay and… 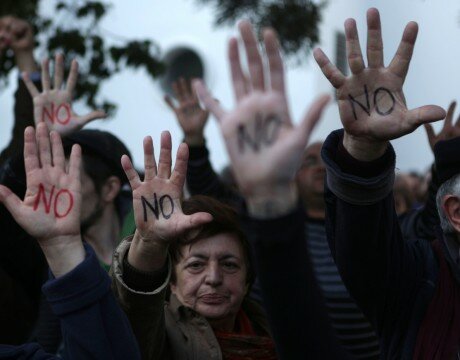 The Cypriot Parliament has voted unanimously to reject the negotiated E.U. bailout package, offered last week. The vote, cast yesterday at 4 p.m. GMT (11 a.m EST,) was taken by hand, with 36 voting against the measure, 19 abstaining and none voting in favor. The widely unpopular bailout proposal, which included a 10% levy or “haircut,” on deposits nationwide, led to long lines at ATMs nationwide, while also inspiring protests throughout the country.. News of the decision has sent shock waves through the already troubled European Union as worries over a possible collapse of the Cypriot financial sector troubled their… 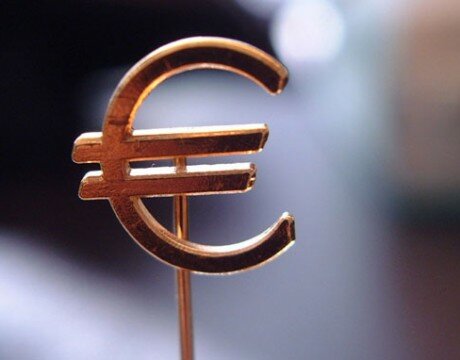 In the latest of the E.U. financial crises, the island nation of Cyprus has had a EuroZone bailout “successfully negotiated” on its behalf. However Cypriots themselves, as well as the members of the Parliament are less than pleased. The Eurozone bailout package, agreed upon today in Brussels between Eurogroup ministers and IMF officials, has in addition to the typical austerity measures demanded of nations accepting bailout money, such as deficit reduction and higher taxes, comes with another condition. Requiring a 9.9% deposit levy on all Cypriot bank accounts to stave off outright national bankruptcy, the deal is a first of…

Are all Europeans lazy welfare queens? Is that the reason Greece, Spain, Portugal, Italy, Ireland, France and England are all going through similar economic crises? What is the role of Goldman Sachs, JPMorgan Chase and a wide range of other banks in this turmoil? How about the infamous austerity measures? The video that is attached to this article was obtained by the Progressive Press, exclusively to provide another version of the events from the Greek people’s point of view. It contains interviews with Greek Economists and other social scientists. Greeks decided to tell their story. Before you watch it, let’s…