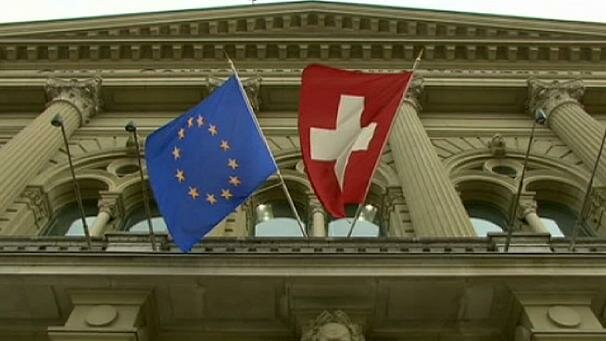 In a referendum on Sunday June 9, Swiss voters have overwhelmingly backed government’s move to tighten asylum restrictions, while the number of refugees in the country has spiked. Human rights activists who had hoped the vote would reject the laws that sparked the referendum. Instead, almost 80 percent of voters gave it the green light.

After this vote people won’t be able to seek asylum through Swiss embassies anymore – which had been unique in Europe. Military desertion is no longer considered a valid reason to be granted asylum. Military desertion has been the key reason cited by Eritreans, who accounted for most applications to Switzerland last year and whose country imposes unlimited and under-paid military service on all able-bodied men and women.

Switzerland’s number of refugees, relative to its population, is double the European average, and asylum applications are at their highest level in a decade.

The country currently counts some 48,000 people in the process of seeking asylum, including 28,631 who arrived in 2012. The surge marks the highest number since the height of the Balkans War in 1999, when nearly 48,000 people sought refuge in the country. This is attributed in part to the Arab Spring uprisings.

Swiss justice minister Simonetta Sommaruga has insisted that the changes largely benefit the asylum seekers themselves, highlighting especially the efforts to speed up the application process.

Opponents of the laws say it means people unable to make the often dangerous journey from their country to Switzerland would remain without help.

This asylum law also clears the way for the creation of special centers for asylum seekers considered to be trouble-makers, which could limit the right to family reunification to spouses and children.

“This marks a weakening of our humanitarian tradition.”

The scale of the limits has shocked Human Rights advocates.

“The referendum is a disaster for asylum seekers and refugees and leaves no winners,” the committee that had requested the vote on the changes said in a statement, hailing the “minority of the population that still has a conscience”.

“We knew in advance that we would lose,” said Manon Schick, the head of Amnesty International’s Switzerland section, pointing out that the Swiss have repeatedly voted to tighten their asylum law since it went into effect in 1981.

Only 39 per cent of the 5.2 million people eligible to vote cast their ballot, but low turnout is not uncommon in Switzerland, which hosts numerous popular votes each year. 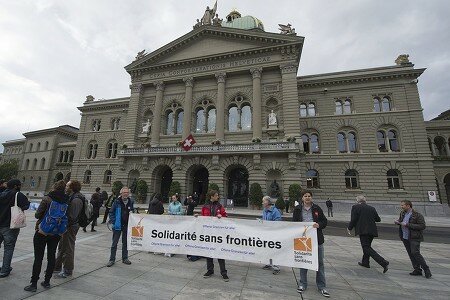