Suspended Coffee: A Simple Way to Pay it Forward 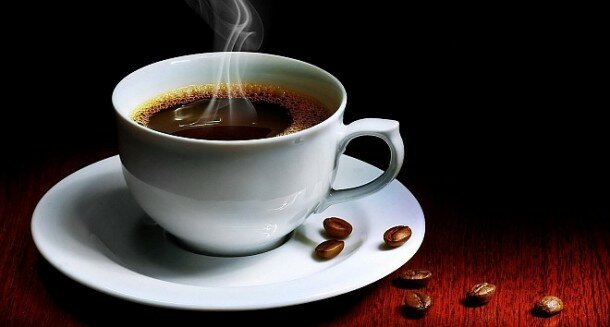 Yesterday, a friend of mine had shared a link on Facebook about “suspended coffee” which led to an article in The Examiner, “’Suspended coffee’ movement ignites widespread interest.”

What is this all about I wondered? The featured picture in the article was of a disheveled  man in a café. Accordingly, I assumed this was a sentimental Horatio Alger type story about some miraculous event that had happened to a poor person, such as finding a one thousand dollar bill, inheriting  a million dollars or winning the lottery. This type of  story seems to pervade the Internet, along with memes of kittens and puppies.

However, what I read was that people are doing a small act  kindness, buying coffee anonymously, “a suspended coffee” for those that find it hard to even afford a cup of coffee.

Buying a ‘suspended coffee’ would work like this: When asked by a water or a cashier about a coffee or beverage at a cafe, you would state “I would like  to pay for a regular coffee and one suspended coffee.” At a later time, when someone comes in and asks for a ‘suspended coffee’, the coffee is given to them free-of-charge because it has already been paid by you or other persons who are buying “suspended” coffees.

This tradition first started in Naples, Italy according to Snopes, as  in the referenced article. Of course, Naples is the logical place for this due to its well-known coffee culture.

The tradition has spread to Bulgaria where there are presently over 150 cafés that are participating in the movement. Bulgaria which was not doing well even before the crisis, now has a stagnating economy with a growing amount of people in poverty, particularly the elderly who are surviving on small or diminishing state pensions.

As soon as I made a comment on my friend’s link, a good friend from Bulgaria sent me another link and stated that it is now being used for ‘suspended meals”. So, you buy another meal in addition to your own, and then when someone in need requests a “suspended meal”, they are given a meal within a certain price range (perhaps a plat du jour or blue plate special.)

The movement is growing  in the U.S. and around the world. There is now an entire Facebook page devoted to “suspended coffee”. This Facebook page has  has already have over 20,000 ‘likes’ at the time of this article. The Facebook Page was founded on 11 January 2013 and growing exponentially. It is worth a visit to read all the posts and comments, particularly about the growing amount of cafes that are participating. Of course, please be sure to “like” the Facebook page. 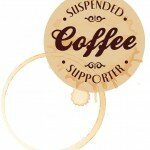 This is something that any one can start at a local coffee shop.

Yesterday, I went into my local coffee shop, I asked for a regular latte and a “suspended coffee” of similar price. The young man taking my order was miffed as I suspected would be the reaction. I asked him if he had heard of a “suspended coffee”. Not surprisingly, he had not. I continued to explain that I would not only be purchasing my coffee, but one for someone who can’t afford it. I said when you see someone who needs a coffee, you can give him a coffee free on me. I am going to do this once a week. I may even try it at a food place, as well.

If enough people do this, then the word will spread and people will not think you are a little nuts.

While the stock market is reaching record highs, the unemployment rate is still high. There is no real accounting for the number of homeless people. In addition, there are always students ,that are getting by on ramen noodles. This is an act of kindness that is small but can make a difference. A cup of coffee with a hefty amount of milk can give a homeless or another unfortunate person much needed nutrition, and more importantly it can give them the hope that there are still caring people on this earth and that they are not forgotten.

This doesn’t take picketing, writing your Congress person or a big donation. It is just a cup of coffee…or maybe an additional meal. Make a small step to give some help to someone that is less fortunate than you.