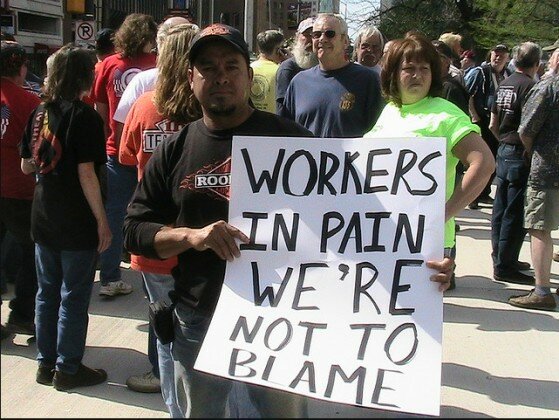 According to a new policy brief by The Working Poor Families Project, 32 percent of working families do not make enough money to support their basic needs.  The brief defines families as “working” if they work at least 39 weeks per year.

“……in 2011, more than 7 in 10 low-income families and half of all poor families were working.  They simply didn’t earn enough money to pay for basic living expenses.”

The brief attributes the rise in low-income working families – from 10.2 million families in 2010, to 10.4 million families in 2011 – to a lack of middle-class jobs.  In other words, as the economy has been steadily improving, the jobs becoming available have been low-wage, low-benefit positions with little chance of upward mobility.  Families in this situation, the brief asserts, often must devote much of their income to necessities like housing and transportation, leaving little room for spending on education or other career-advancing endeavors.

To combat these problems, the brief urges policymakers to strengthen programs that benefit low-income families, such as the Earned Income Tax Credit, the Child Tax Credit, Pell Grants and Unemployment Insurance.  More specifically, it urges states to re-invest in public education, which deficit hawks have been quick to slash funding for in recent years.

The full brief can be found here.

[Photo by aflcio/Flickr, Some rights reserved]

Jonathan is an activist, student, and fellow at Young People For (YP4), a youth leadership development program of The People for the American Way Foundation. He grew up in Cambridge, MA, and has a special interest in gender theory, economic inequality and political communication. He has experience working for political campaigns and national non-profits, and has contributed research and writing to multiple academic publications, including one book. He can be found on Twitter (@damejo1)