Something the NRA Doesn’t Want You to Know 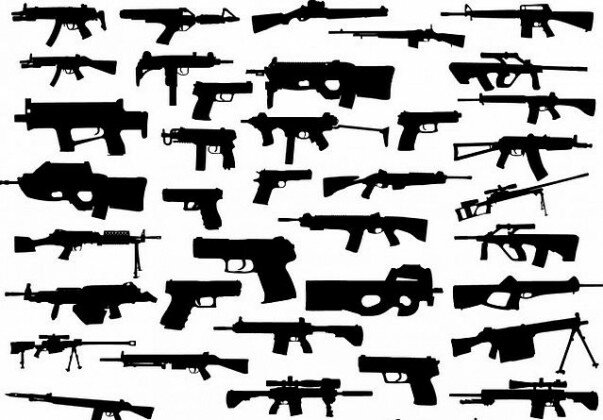 Before the recent series of mass-shootings, the common wisdom in political circles was that the American people really didn’t want any new gun control laws and wouldn’t support any new efforts to enact them. The truth is, with all the other major issues our country has dealt with in recent years, gun control was certainly a low priority.

While most Americans oppose an outright ban on all guns, the support for other gun control measures has been pretty steady since they started taking opinion polls in the 1930s. While not a complete list of all opinion polls conducted on the subject, the following list gives a pretty good idea where the  American people have stood on the issue of gun control over the past seven decades.

1959 Gallup poll – 75% favored requiring a permit to purchase a handgun.

1963 Gallup poll – 79% favored requiring a permit to purchase a handgun.

1967 Gallup poll – 72% favored requiring a permit to purchase a handgun.

1971 Gallup poll – 72% favored requiring a permit to purchase a handgun.

1989 Harris Poll – 79% of Americans favor federal laws to register guns no matter where the purchases are made.

1989 Harris Poll – “Do you favor or oppose federal laws which control the sale of guns, such as making all persons register all gun purchases, no matter where the purchases are made? 67% favor, 18% oppose.

1993 Time/CNN Poll – A waiting period is favored by 92 percent of the American people.

“Do you favor or oppose the mandatory registration of all guns?” 78% favor, 21% oppose.

1995 LA Times – Two thirds of Americans and 60% of Republicans support the ban on assault weapons.

91% of Americans support requiring background checks for all gun sales.

54% support limiting the sale of ammunition magazines to 10 rounds or less.

There is more information about public opinion on gun issues at this Gallup website: http://www.gallup.com/poll/1645/Guns.aspx

It is interesting to note that, for the ten years after the Brady Law and the Assault Weapons Ban were passed in 1993, we experienced the most dramatic decline in murder and violent crime in our nation’s history. Both laws were enormously popular and effective during those ten years. In 2004, public opinion strongly supported renewing the Assault Weapons Ban, but the Bush Administration let that ban expire.

In recent years, we became complacent about the success of these laws. Now that the rates of violent crime and murder are comparatively lower than they were before those laws were passed, people tend to forget how bad it really was before Brady.

It took a series of mass shootings, including the Sandy Hook massacre, to finally mobilize public opinion on filling in the gaps in our gun control laws.

Most Americans believe in the right to bear arms, but they also support background checks, waiting periods and restricting guns with certain features that make them more suitable to killing large numbers of people with little effort. Despite claims by the NRA, the American public does not see gun control and the right to bear arms as mutually exclusive.

The time is long overdue to stop the NRA from framing this debate as the “Gun Grabbers vs. The Freedom Lovers”. Majority of law-abiding gun owners support background checks and other common sense measures to stop gun violence. The NRA does not speak for gun owners. They work exclusively to protect the multi-billion dollar gun industry.

This debate is really the American people versus the blood soaked industry that reaps billions of dollars in profits from the violent deaths of thousands of innocent people every year. If it wasn’t for the massive amounts of corporate profits involved, this debate would have been settled long ago and we would have licensing, registration, thorough background checks and waiting periods on a nation-wide basis.