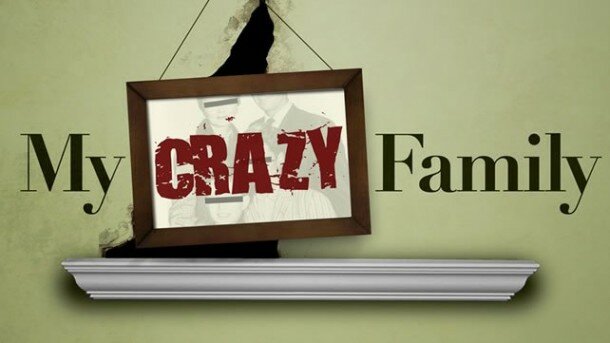 If you’re like me, you probably have some relatives with whom you’ve found it impossible to have any kind of civil political discussion. For me, the worst one is my brother, Tim.

I’ve known since the Carter Administration that Tim was a conservative, but it wasn’t until 2008 that he suddenly became an extreme right winger.  He started by sending me long rambling emails with angry screeds about Barack Obama and the “Democrat” Party. At first it was the typical Kenyan/Muslim/Communist routine but then it expanded to whatever outrage-of-the-day was being spewed by his favorite right wing blog. I tried to have a meaningful political discussion with Tim but he couldn’t get past the anti-Obama hate speech.

So I responded by fact checking his emails, pointing out their easily disproved falsehoods and showing him where he could go to debunk internet rumors. He responded by insisting that his “conservative facts” were just as valid as my “liberal facts”.

I probably should have given up right then but I tried to explain to him that there are no “conservative” or “liberal” facts, only objective facts. As the saying goes, you are entitled to your own opinion but not your own facts. Naturally, he would invariably go ALL CAPS on me and send back an angry 5000 word stream-of-consciousness tirade full of more Fox News talking points and Glenn Beck inspired rants.

Not only was it clear that Tim didn’t understand the difference between fact and opinion, he was unable to discuss politics in any rational manner. He would get absolutely livid that I wasn’t persuaded by his repetition of conservative talking points.

So for a while, I had fun egging him on. After each of his hate-filled anti-Obama emails I’d type a short response that I knew would cause him to pound out another long, angry tirade in the middle of the night, but after a while even that got boring. Since my brother rarely stated actual facts or even a plausible argument to support his views, all he could do was respond with snide insults about how I obviously worship “O-bum-a the Messiah”.

Since I long ago gave up hope of having a meaningful political discussion with him, and it’s no longer fun to pull his strings and watch his head explode, I made it clear that I no longer read his political emails and Facebook postings. I simply let his political tantrums go unanswered.

That was when Tim got really creative. He started tracking everything I posted on Facebook, including comments I made on other people’s posts. Any time I’d dare make a brief political comment anywhere on Facebook, he’d track it down and respond with an attack on “typical liberals”. Even if I wrote a letter to the editor of the local newspaper, he’d write a rebuttal letter. He wouldn’t actually refute anything I said; rather he’d just explain why I’m a fool for being an “Obama worshiping liberal”.

Leading up to the 2012 presidential election, he was putting dozens of Obama-bashing posts on my Facebook wall every day. I had to unfriend him in order to get him to stop.

Yet it didn’t stop there. He began sending me books through the U.S. mail by right wing authors including a political spy novel written by none other than Glenn Beck. I tried reading a little of it but it was boring and badly written. Yet to my brother this book was, without a doubt, full of brilliant political revelations.

I know Tim’s hatred for our president and his inability to deal with objective facts are surprisingly common traits among conservatives, but I doubt that they all show the obsessive behavior that he does. So the next time you complain about your right wing relatives, be thankful you’re not related to my brother, Tim.

The author has changed the characters’ names to protect identities, but otherwise everything else in the story is true.