Slippery Slopes, Camels’ Noses and You 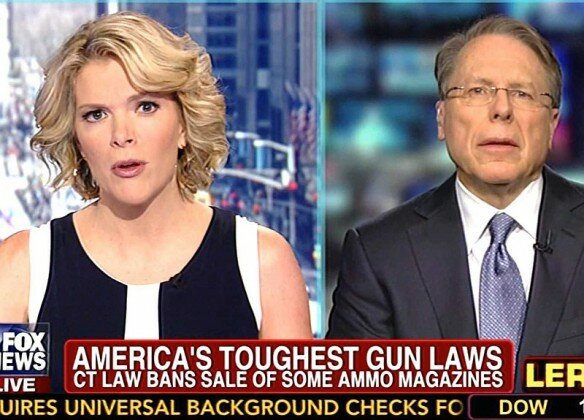 We’ve all heard them, suffered them and thrown them around like so many rhetorical dice landing where they may during arguments heated and hilarious, so without further adieu let’s examine two dog-eared metaphors of argument and their latest outings this past week.

Thursday afternoon, Wayne “Slippery Slope” LaPierre appeared somewhat stunned by Fox News anchor Megyn Kelly’s feint toward reporting, when she confronted him with the real possibility that several Sandy Hook students may still be alive today had gun magazine capacities been gently limited over the years.

Also in the news, the White House finally revealed its DOA budget which included an unprecedented recalculation of Social Security cost of living increases, or “chained CPI,” a “camel’s nose under the tent” according to the Democratic Underground, among other stalwart liberal outfits. So, where are these slopes and camels and what do they mean or want?

Folksy Sells, Folks
For centuries the world over, in all cultures and continents, Earthlings have been using rich, loamy language to explain ideas both big and small. My own Pa, a standard issue Purdue alum and Navy man, was famous for uttering “cryin’ in a bucket,” “good night nurse,” and the ever-vexatious “can’t win for losin’.” I still have no idea exactly what those really mean, but it’s clear to most of us the slippery slope is an informal fallacy holding that a relatively small first step will lead to all manner of horrific, unintended, and frequently unchristian consequences.

So among his brilliant arguments against any fashion of gun safety legislation anytime and anywhere, Mr. LaPierre has squawked like Chicken Little atop a mighty and slippery slope, shrieking that the minute background checks, magazine limits or dealer restrictions are instituted, jack-booted, blue-helmeted UN thugs and their traitorous, local law enforcement lackeys will kick in our doors and seize any gun-like object in our homes. Period.

Mr. LaPierre has also gone on record claiming more guns automatically prevent rape, act as a bulwark against hurricanes, tornadoes, riots, terrorists and drug gangs, and are the sole prescription for safer grade schools. He fails to mention the retired deputy, good guy with a gun school security guard who left his loaded Glock on the boy’s room sink in Lapeer, Michigan weeks after Newtown; a first day on the job can be confusing.

So is the foamy one correct? Will a Democratic break in the current gun safety deadlock be the harbinger of an American Kampuchea? Taking the way-back machine to the era of the 1994 AWB (Assault Weapons Ban, NOT Average White Band), we see that the Public Safety and Recreational Firearms Use Protection Act sought to limit future access to police and paramilitary model weapons including: AK-47s; Israeli Uzis and Galils; AR-15s and -70s; FN FALs and FARs; MACs 10, 11 and 12; Techs 9 and 10 and the ever popular Striker 12, or Street Sweeper.

While statistical analysis of the law’s efficacy is inconclusive and near impossible given the Centers for Disease Control are essentially forbidden to count up gun deaths, a credible Brady Center study did find measurable benefit, and one fact remains incontrovertible: EVIL LIBERAL WEENIES AND THEIR MINDLESS MINIONS DID NOT PILLAGE THE ENTIRE GOD-FEARING USA OF EVERY GUN, ARROW, SLINGSHOT, FIRECRACKER, SPARKLER, SNAKE AND RUBBER BAND IN THE LAWFUL POSSESSION OF OUR FOUNDERS’ PROGENY.

I’d Walk a Mile for a Camel’s Nose

Moving right along, this past week the POTUS rolled out future reductions in Social Security benefits to the ire of the Senate’s Bernie Sanders, the House’s Eleanor Holmes Norton and Keith Ellison, progressive, pro-labor and minority caucuses, Joan Walsh, AARP, the Democratic Underground, and all who indeed see a stinky, sloppy camel’s nose under the tent. As in, if We the People permit unprecedented monkey business with the holy grail of the social compact, we’ll all end up slave labor in Walmart-blue smocks, or eternally resting behind the store in Walmart Potter’s Fields. And they may just have a nose, or point.

‘Welfare,’ or Aid to Families with Dependent Children, was instituted in 1935 to create a state-administered, federally- funded assistance program for children in families of no or pathetically low income. From the latter 30s through the 60s the rolls of the program increased as a function of the Great Migration, which saw millions of all creed and color flee the abject deprivation, degradation and discrimination of Ol’ Dixie for the seemingly enlightened North.

Of course this began breeding resentment, racism and New Republicanism, as folks were stirred to Nixonian paranoia and suspicion by planted stories of welfare fraud in Look, Reader’s Digest and the like. This in turn lead to a pinnacle of hyperbole when in 1976 Ronald Reagan said of his mythical Chicago welfare queen “She has 80 names, 30 addresses, 12 Social Security cards and is collecting veteran’s benefits for four non-existent husbands . . .she’s got Medicaid, is getting food stamps, and she is collecting welfare under each of her names. Her tax-free cash income is over $150,000.” Of course no such person existed.

Despite the statistically low incidence of fraud, Reagan’s canard spoke untruth to power, ushering an era of haves and have-mores versus have-none’s from 1979 to 2007 during which the top 1% of Americans’ incomes increased by 275% whilst countless millions either festered or were outpaced by inflation. Throw in union-busting, purposefully depressed  wages, globalization, off-shoring, out-sourcing and the cultural stigmatization of anyone whose life didn’t resemble an episode of Dynasty or Falcon Crest, and the conditions were set for Bill Clinton to make things even more wrong.

That Dog Won’t Hunt
In 1996, on the wings of his New Democrat bona-fides and fighting for political survival, President Clinton cut a deal with the devil of the House, Newt Gingrich, and signed the Personal Responsibility and Work Opportunity Reconciliation Act, ending welfare as we knew it. Essentially abdicating responsibility for the social safety net entirely back to the states, the Act sought to imbue the impoverished with a Horatio Alger-like motivation to reach for the stars, hoping for champagne wishes and caviar dreams.  It substituted food stamps under Temporary Assistance to Needy Families in the stead of straight cash assistance, placed a two-year limit on such help with a five-year lifetime cap, flew in the face of dire predictions and caused three under-secretaries at Health and Human Services to resign in protest. According to Peter Edelman among others, the Act destroyed the safety net, increased poverty, reduced incomes for single mothers, forced folks from welfare to homeless shelters and left states free to end any and all welfare assistance of any kind.

17 years down the road from this disaster, the economy, opportunity, mobility and poverty are nearly as bad as they’ve ever been for most and roughly 50 million Americans are receiving TANF to their personal anguish and the glee of ConAgra.  Accountings must be made for the Great Recession of 2008-present, but then we’d have to speculate on how things might look if George W. Bush had succeeded in privatizing Social Security with Jamie Dimon running the whole thing. And that’s the point; critical public policy should be both deliberative and durable, weathering the storms of decades and follies of fools to cultivate the greatest good for the greatest number; when yet another Democratic wunderkind seeks to imitate Kennedy versus Khrushchev, Nixon to China, Clinton against Gay America or Bush in the classroom, we must heed the wisdom of 70% of seniors who say “hands off my Social Security.”

So metaphors don’t kill public policy, people do. And we can’t win for losin.’