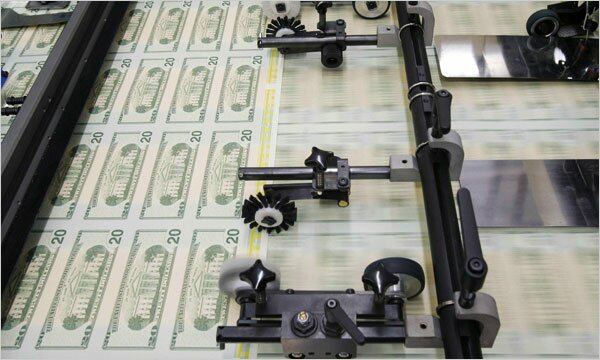 “Perhaps no words more accurately and succinctly illustrate the confusion about economics than “Monetary Sovereignty.” It is not a theory or a hypothesis or a philosophy. In its essence, it merely is a description of the way federal financing actually works.”

Back in 2011, the idea of “sequestration,” or the implementing of harsh spending cuts that would automatically go into effect on March 1st, was floated in an effort to force the two political parties to get together and make a deal to work towards decreasing government debt. A telling sign for many of the increasingly broken nature to the American political system.

Many in Washington felt it necessary to include the automatic cuts in order to ensure a deal was struck. Now, nearly a week after that March 1st deadline, the sequester is in effect and the politicians in Washington are showing little sign of being any closer to coming together as intended.

When elected, politicians are expected to get together and compromise. They’re expected to discuss issues, draft, debate and vote on reasonable legislation that both sides could be comfortable with. Unfortunately, they fail miserably at this on a regular basis.

Popular opinion that federal officials prefer to play politics than govern effectively, is growing as the debates on issues such as the debt ceiling, fiscal cliffs and sequestration resemble more of a game of “political football” than any kind of real discussion. With officials in Congress and the White House punting away decisions on first down, these “last minute” crises are looked upon as opportunities to throw the fabled “Hail-Mary pass” and win the game with only seconds left on the clock.

This type of showboating is as frustrating in politics as it is in football. Imagine watching a football game where each team punts on first down and then tries to do everything it can to win in the last four seconds of a game. It would be impossible to watch and drive fans insane, and this is exactly how many Americans feel about our governance these days, from the executive branch on down. American sentiment regarding the government and its handling of the economy has left many fed up, annoyed, and dismayed with the process, leading many to call for what one might refer to as a “Sequester on Sanity”.

This “Sequester on Sanity” would require Washington to acknowledge how the economy and government actually works, given that by their actions thus far, it would appear that they have no idea.

The first and most important lesson elected officials need to recognize is that the government itself is monetarily sovereign, meaning that despite claims to the contrary, the U.S. government never actually has a “revenue problem” or an inability to spend. Once this is realized, the true economic and fiscal situations of unemployment, inequality, poverty, wage stagnation, and the GINI coefficient, become more apparent, and the onus to address them by officials in Congress becomes more pressing.

These issues, once at the forefront of discussion, have now taken a back seat to the artificial fiscal crises manufactured at the behest of -generally- corporate interests. As progressives continue to try to wrangle the phantom menace that is the perpetually impending “fiscal disaster,” the need to hit this point hard within the electorate, and help them to understand that this debate on debt ceilings, fiscal crises, and sequesters is utter nonsense, has never been greater or more challenging.

The second lesson needed, is to demonstrate to politicians that “we the people” understand the difference between household finance and US government finance, and that the two are not actually related or comparable in any fashion, despite the repeated attempts to draw such a parallel. Because the federal government is monetarily sovereign, it has no reason to balance a budget like a household does. If you are ever unsure of this, ask this question:

“If you and your household had the ability to print your own currency and force people to use it, would you then require payments in taxes to extinguish what you previously printed?”

This may take a bit to chew on, so let it settle before answering. But while doing so, consider the following; it is ultimately the government which prints the currency and it is the government which tells the people that in order to “spend it on Americans,” they must tax it away from Americans first. Ask then, another question:

“How can we pay taxes with USD if the government doesn’t spend or print USD into existence?”

The answer is that we can’t, as it is the government which first has to spend, in order for the economy to actually function!

The third and most important lesson for politicians is to learn how to unlearn. While many textbooks, media outlets, teachers and countless other sources consistently spread the message that deficits and government spending are bad, they are in reality an asset to the private sector. The reason for this consistently incorrect message, is that politicians, by and large, hold economic beliefs that are nothing more than holdovers from the “gold standard” era, with a form of thinking not relevant today as our currency became completely fiat based since 1971. As the media, for the most part, repeat what cable news economists and politicians tell us, it is understandable how getting this message out can often seem so very difficult.

Despite the true facts and realities of modern economics, the perpetuation of these old models of thinking happens because in many ways the American people are spoon fed myths disguised as sound policy. Forced in a sense to buy into them, the nation goes about continually electing people who represent and perpetuate those myths, ever deepening the gap between fantasy and reality. It is a vicious “lather, rinse, wash and repeat” cycle that the nation finds itself trapped in, where we are told to go on electing and reelecting those who say they will run the economy just the same and repair it with the same policies.

Trapped by neoliberal dogma that is infused into both political parties, the two supposedly polarized sides became one party with subtly varying factions. In relation to the realities of modern economics, the labels politicians adopt and banners they run under become irrelevant, as the politicians give into the outdated neoliberal myths.

So while the out of touch millionaires in the halls of power call for cuts across the board to combat these largely artificial crises, many are instead saying it is time for a “Sequester on Sanity”.