Former chief economist, and a board member of the Tax Justice Network, James S. Henry’s research reveals that an estimated $21 trillion to $32 trillion in private financial wealth is tucked away in offshore havens, roughly equivalent to the size of the U.S. and Japanese economies combined.

These offshore havens are managed by the world’s 50 largest “private banks” –considered legal and legitimate-, and their coffers grew from $5.4 trillion in 2005 to more than $12 trillion in 2010.

Now, twelve diligent and patient journalists of International Consortium of Investigative Journalists (ICIJ) organization, and 86 journalists from 46 countries, sifting through millions of leaked files, emails and account ledgers, uncovered who these people are and where do they hide their cash to easily evade taxes or launder money.

ICIJ released their findings in a report titled “Secret Files Expose Offshore’s Global Impact”, discovering more than 120,000 offshore companies and trusts that conduct hidden dealings with politicians, con men and the mega-rich. The scheme extends to more than 170 countries and territories.

ICIJ reports that, during an interview with the CBC, Arthur Cockfield, a law professor and tax expert at Queen’s University in Canada, who reviewed some of the documents, said “I’ve never seen anything like this. This secret world has finally been revealed.”

According to the article, “Government officials and their families and associates in Azerbaijan, Russia, Canada, Pakistan, the Philippines, Thailand, Mongolia and other countries have embraced the use of covert companies and bank accounts.”

Moreover, “They include American doctors and dentists and middle-class Greek villagers as well as families and associates of long-time despots, Wall Street swindlers, Eastern European and Indonesian billionaires, Russian corporate executives, international arms dealers and a sham-director-fronted company that the European Union has labeled as a cog in Iran’s nuclear-development program.”

Report’s key findings explain how these tax advantages, the mega-rich use, are not available to the average people, and how the complex offshore structures allow them to purchase and own mansions, yachts, art masterpieces and other assets without having to pay any tax on them.

However, the scheme is not only about wealthy citizens trying to avoid paying taxes, it also exposes that savvy swindlers and drug lords have been taking advantage of this clandestine money hiding operation. Ponzi schemers, large-scale fraudsters, mobsters and oligarchs routinely use offshore havens, to not only hide their money, but in many cases also to launder it.

A well-paid industry of bankers, accountants, middlemen and other operatives help these customers to hide their identities and money, under the supposed legal guise of international and national laws, through an elaborate financial web that spans countries, continents and hemispheres.

Despite the efforts of several tax justice groups, and few international economic justice organizations, to reduce the secrecy and get tougher on money laundering, the offshore havens remain as a “zone of impunity” for anyone determined to hide their money, engaged in money laundering and tax fraud.

In the USA, most states have minimum mandatory sentencing of 1 to 5 years for robbery. Of course, the fancy world of “offshore” banking is not considered petty theft when it comes to international banking, because we all know bankers wear suits and ties, and that makes them legitimate. 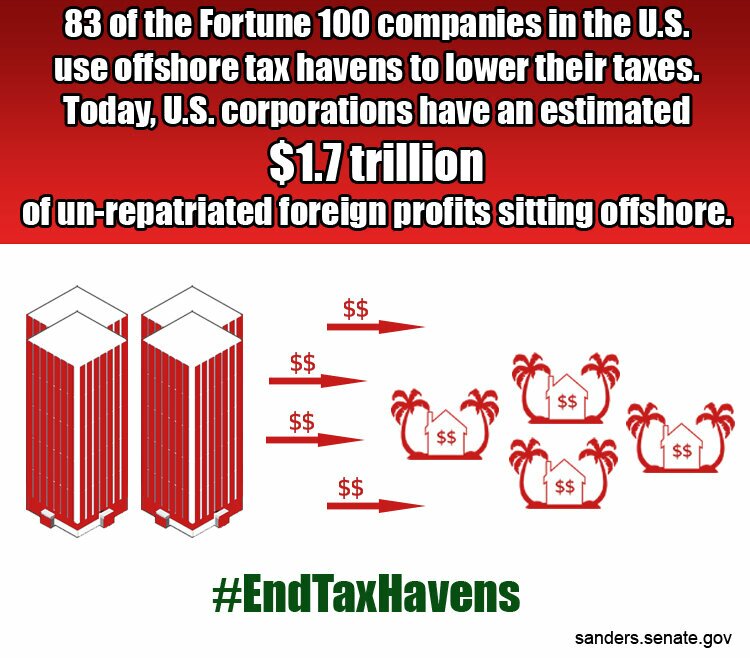