Republicans Continue to Suppress the Vote, Even In Iowa 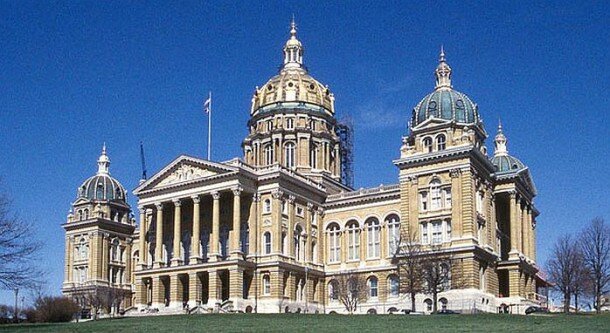 I am an Iowa resident. Recently, our local newspaper reported that Iowa’s Republican Secretary of State wants to purge anyone from voter registration list whose citizenship is questioned. If your name is similar to the name of someone on one of the federal immigration lists or someone whose driver’s license says they are not a citizen, then you have to prove you are a citizen.

Of course Democratic legislators, the ACLU, the League of Women Voters and other groups are fighting this, but so far the law is set to go into effect shortly.

If you’re wondering just how big a problem voter fraud by illegal immigrants is in Iowa, you’re not alone. There already are laws on the books in Iowa to prevent voter fraud by non-citizens. Even the Secretary of State himself fails to offer any evidence of rampant voter fraud, or any voter fraud to justify this law. One opponent of the effort said this is a solution in search of a problem.

One of the many problems I have with this effort by the Secretary of State is that it treats people as guilty until proven innocent. Once they question your citizenship, the burden of proof is on you to prove you are a citizen. Otherwise you are denied the right to vote. Even if you prove you are a citizen, if your name is the same as some non-citizen on an immigration list somewhere, you will almost certainly have your citizenship questioned again in subsequent years.

It’s strange how Republican Governors and Secretaries of State in so many different states have suddenly seen the need to address “voter fraud” despite their complete inability to offer examples of this alleged fraud.

There is little doubt that this attempt at voter suppression is largely intended to remove people with Hispanic names – a voting block that tends to vote Democratic – from the voter rolls.

Demographic trends show more voters in the future will be leaning toward the Democratic party or Left leaning parties. Republicans have apparently decided to fight this trend by cheating. In a state like Iowa, which tends to split fairly evenly between Democrats and Republicans, purging a few thousand Democratic and Independent voters can make a big difference in a close election, not to mention a close presidential race.