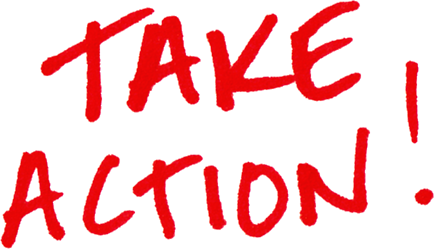 What makes a proper petition? And are they useful?

We Americans love our petitions, but too many don’t understand how they work.
A well-written petition, directed to the appropriate target, can be an important tool to create change, but it can’t stand alone.

Our Constitution’s First Amendment guarantees our right to “…petition the Government for a redress of grievances”. And Americans love to do just that. We see petitions everywhere: on street corners, at public events, shopping malls, in the mail, and especially online. They cover every sort of topic, at all points on the political spectrum. We present them to officials at every level from our local school boards to Congress and the president.

But because our schools can’t manage to produce educated citizens, too many Americans believe that merely signing a petition ensures success. It does not. The Bill of Rights says we can petition the government. It does not say that government officials must grant our wishes, no matter how many signatures we collect.

The White House Petition Site
Last year, the White House launched a petition page, We the People, on its website. Anyone in the U.S. can submit a petition through the site. White House staffers review all petitions with at least 100,000 signatures within 30 days, forward them to the appropriate government agencies, and issue an official response. You will get an answer, but it may not be the answer you want. To date, there are 169 active petitions. An additional 102 petitions have already received responses. The topics include charging President Obama with treason, amending the Constitution for various purposes, writing new laws, boycotting the 2020 Olympic games, ending gun violence, and the budget sequestration.

These petitions go directly to the White House. They do not go to Congress, the Supreme Court, governors, state legislatures, mayors, or anywhere else.

While I applaud the White House intentions and efforts, it clearly illustrates Americans’ political ignorance. Many petitions ask the president to pass particular laws or amend the Constitution, despite the fact that presidents don’t have that power.

Last fall, a handful of agitators created a petition for each U.S. state. They demanded permission from President Obama to secede from the union. Hundreds of thousands of politically ignorant malcontents signed them. While secession is legal and possible, the president does not have the power to grant such permission. It caused a medium-sized media kerfuffle and got national attention for a couple of weeks.

Writing a Useful Petition
There is no “legal” or “correct” petition format, but there are two essential things to know about writing petitions:
·       ask for something that’s possible
·       direct the petition to the person or group who has the power to give you what you want.
No one can guarantee world peace. Your local mayor can’t balance the federal budget.

You can direct a petition to any government official or agency, or even to private companies or organizations. It’s merely an organized, public method of asking them to solve a problem.

The person or group collecting signatures is the sponsor. The person or organization to receive the petition is the target.

A good petition includes a descriptive title, the sponsor’s and target’s names, a brief account of the issue, and the desired remedy. State the problem and the solution you seek.

Each page should list the title, target, sponsor, and date. The signature section should include spaces for each signer’s printed name, address, and signature. You can add slots for phone number and email address if you like.

Do Petitions Work?
Paper petitions have been around as long as there has been paper. I’ve both signed and circulated many.

Internet petitions are fashionable now, and several websites offer templates to construct good-looking ones. Plenty of advocacy organizations devote much time and effort to them, but they’re more effective at raising awareness and money for a cause than for convincing legislators to change public policy.

There is no magic number of signatures to guarantee success. If your public officials don’t want to budge, they won’t, even if you present a billion signatures. But the more valid signatures you collect, the more likely you are to convince those in power to consider your issue.

Petitions alone are rarely enough to convince government officials to act. They’re just one tool among many in a larger community organizing effort. The other tools include lobbying, rallies and demonstrations, editorials, and public displays such as signs, buttons, and bumper stickers. But that doesn’t mean that you personally have to engage in all of those activities. The petition organizers are usually working on other organizing methods simultaneously.

If you believe in the issue, sign the petition. It can’t hurt, but it surely can help.

For more information:
Read the Constitution
Get Your Message to Your Legislators
We the People:  The White House Petition Site
Secession, the U.S. Constitution, and the Consequences