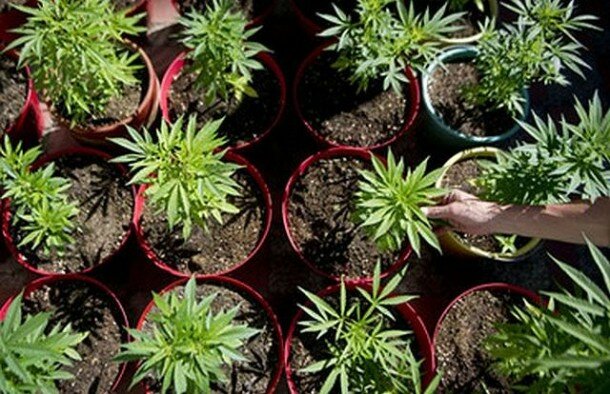 To some, it’s been just around the corner for decades. For others, its probably too good to be true. For a slim, outdated minority, the end is near and we’re all destined to hit the skids.

Whatever the reaction, news spread quickly today about Oregon Congressman Blumenauer and Colorado Congressman Polis’s plan to introduce a bill to dramatically change the way the government handles marijuana.

Dubbed The Ending Federal Marijuana Prohibition Act of 2013, the bill calls for the federal government to decriminalize marijuana and leave enforcement and prohibition matters to the states respectively.

Marijuana advocates, both from the medical community as well as recreational users and civil libertarians, have been pressuring the staunchest opposition, generally from the Republican side of the aisle, to regard the prohibition of pot as a matter of state sovereignty. And now, with this new bill, the argument for states rights has finally been made…by Democrats.

Speaking about the bill on Tuesday, Representative Polis made the following statement:

“This legislation doesn’t force any state to legalize marijuana, but Colorado and the 18 other jurisdictions that have chosen to allow marijuana for medical or recreational use deserve the certainty of knowing that federal agents won’t raid state-legal businesses. Congress should simply allow states to regulate marijuana as they see fit and stop wasting federal tax dollars on the failed drug war.”

But before anyone gets too excited and begins breaking out the water bongs and old Phish cds, it should be noted that while it is uncommon to hear about congress even taking up the issue of marijuana prohibition, it is not unheard of. Nor however, have efforts to overturn or challenge prohibition on a federal level really ever gained significant traction.

Take, for example, the bill introduced by Barney Frank and Ron Paul in 2011, which bore the same name. Although sharing 20 other cosponsors, it died as so many do in committee.

Yet still, with the recent state level victories in Colorado and Washington, where according to state law recreational possession is now legal and awaiting the final regulatory policies to be worked out, supporters of legalization find reason to remain optimistic. With 18 states now having medical marijuana laws on the books and a total of 13 having decriminalized the substance, supporters of drug law reform and pot legalization see a trend emerging.

“When residents of Colorado and Washington voted to end their state’s prohibition on marijuana last November, it was a watershed moment for our nation’s move towards sane marijuana laws,”

While discussing the bill with reporters, the bill’s co-sponsor Representative Blumenauer expressed a similar sentiment:

“We are in the process of a dramatic shift in the marijuana policy landscape. Public attitude, state law, and established practices are all creating irreconcilable difficulties for public officials at every level of government. We want the federal government to be a responsible partner with the rest of the universe of marijuana interests while we address what federal policy should be regarding drug taxation, classification, and legality.”

With many in the law enforcement and corrections industries, as well as drug control czar Gil Kerlikowski, maintain their opposition to reform and legalization, Blumenauer and Polis could find support for their bill from an unlikely and unexpected source. Enter, the modern freshman Republican. With a noticeably stronger showing by the libertarian minded wing of the GOP over the past couple election cycles, many staunch self identified Ron Paul republicans and conservatives are taking to the concept of marijuana legalization and reform with greater thought paid to the civil liberties and states rights aspect of the issue.

In a stark departure from the mainstream GOP and more conventional conservative groups, the Libertarian Party (LP,) issued a statement in 2009, praising President Obama for his decision to end federal prosecution of patients prescribed to medical marijuana. In a 2009 press release, LP Executive Director Wes Benedict urged the President not to stop pressing for reforms. Regarding the administrations decision as a “small step,” Benedict went on to urge the President to keep fighting.

“We urge the Obama administration not to stop with this small step, but to take further steps to end the destructive, unjust, unconstitutional War on Drugs.”

In seven years time, federal criminal prohibition of marijuana will be officially one hundred years old. Starting officially in 1920, the nearly century old ban has been one of the most contentious law and order issues in the U.S., as it sits central to the argument commonly made by activists, politicians and police alike, that the U.S. war on drugs and broader drug control policy strategies have failed. However even with the new political and ideological makeup of the parties and congress, and increased public support for legalization in general, the bill and broader drug law reform still face uphill battles, before if ever, being signed into law.