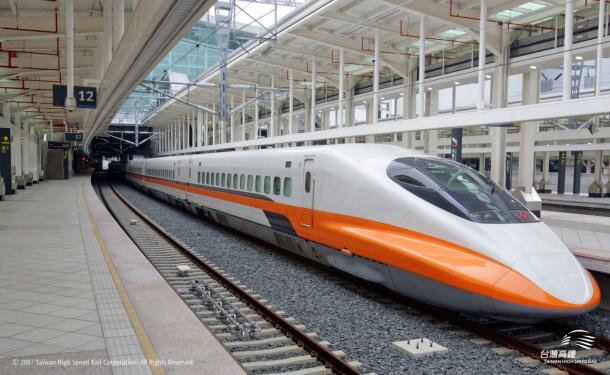 North America (U.S., Canada and Mexico) is at a crossroad of economic development. The U.S. and Canada are transitioning from the Post-Industrial to the Information Age. Mexico, an upper-middle –economy, is on the verge of becoming a developed country, despite its present difficulties. All three countries are linked geographically, economically, politically and culturally.

In Europe, Japan and China there are well-developed systems of HSR, but North America seems to lagging in its development. Turkey, a candidate for the European Union (E.U), will, have a HSR line between Istanbul and Ankara by 2014 and actively planning a completed network.

It is often stated that the distance between urban clusters and population density are not sufficient in North America to support HSR as in Europe. However, when inspecting all three countries, there are numerous corridors that would be suitable for HSR (i.e., Boston-New York-Philadelphia-Washington, D.C., Toronto-Ottawa-Montreal-Quebec, Mexico City-Queretaro-Leon-Guadalajara.)

The long distance non-competitiveness issue of HSR with the airplane may also be debatable. Recently, China completed a long-distance HSR route between Beijing and Guangzhou, a major city in southeastern China. The distance between the two cities is approximately 2,298 kilometers (1,428 miles.) This distance is greater than from New York to Miami of 2,063 kilometers (1,282 miles.) The travel time between the two Chinese cities using HSR is cut to eight hours. The driving time between New York and Miami takes 18 hours. Presently, it takes between 20-30 hours by regular train between the two cities. An HSR line from these two American cities has the potential to be an alternative to driving and competitive with the airplane, given HSR’s simplicity of getting checked, security ease, and relative comfort. Granted, China has different conditions than North America, but the proposition still has merits.

If Europe, China, Japan and even Turkey can develop robust HSR systems, why cannot Canada, U.S. and Mexico, which possess collectively very dynamic economies with human and economic resources greater than European Union? The present GDP of the European Union is $15.7 Trillion and that of North America, 18.9 Trillion. In the 2012 world ranking of GDPs, E.U is 1st, U.S. is 2nd, Mexico is12th and Canada is number 14th  (2012 C.I.A. Factbook.)

The emphasis in all three countries has been the expansion of the highway system and creation of an extensive air network, including new airports and upgrades. There must be a reorientation of our transportation system to serve the future needs of all three countries. High-speed rail is an infrastructure improvement whose time has arrived!

The most efficient linkage for the large amount of inter-city trips is not highways or airports (particularly for center city enterprises), but HSR. The energy savings, pollution reduction and economic stimulus of HSR would be significant over the long term. If the cars, electrical equipment are manufacture in the respective countries (as they are in Spain), this would prove an economic stimulus which may be the ‘kick-start’ the economies in all three countries and create a new beginning for many distressed cities, such as Detroit.

There is also a potential to coordinate regional transportation better by linking HSR with airports.Using HSR to transport small cargo could be an addition revenue source beyond passengers and reducing government subsidies. Cargo service could be tied into the “Just in Time” system of business.

The possibility of an integrated network is not certain. In 2009, President Obama had a vision for a nation –wide plan for HSR. However, Congress greatly limited the funding. The two active projects is the developing of a HSR line from Los Angeles to San Francisco and the Northeast corridor. There are several associations such as the U.S. High Speed Rail Association,  Midwest High Speed Rail Association and others in the US that are trying to drum up support for HSR.

In Canada, there are efforts to have HSR in the Quebec, Montreal Toronto corridor and coordinated with a Montreal-New York HSR line. The plan for a Seattle-Vancouver line is in the preliminary stages. Mexico is moving ahead with a line from Mexico City to Queretaro, but no plans for a connection from Mexico City –Monterrey-San Antonio-Dallas. Overall, there are many plans, proposal and dreams, but the momentum is lacking.

The benefits of HSR for North American are great. All three countries are at a crucial stage that this investment must be made a priority. However, the present global economic situation and related politics are advocating austerity measures.

Improvements such as the Interstate Highway and Defense System were major boosts to the economy of the U.S. in the short and long term. The toll road system in Mexico and highway improvements in Canada have, likewise, proven to be good investments. Hard decisions have to be made. Unfortunately, most of our political leaders appear to lack the political will or the power to forge ahead and envision a different world.

Here is a petition on below project: Fund a high speed rail system that runs coast-to-coast and connects all metropolitan areas.