Occupy Movement: What? Who? Why? 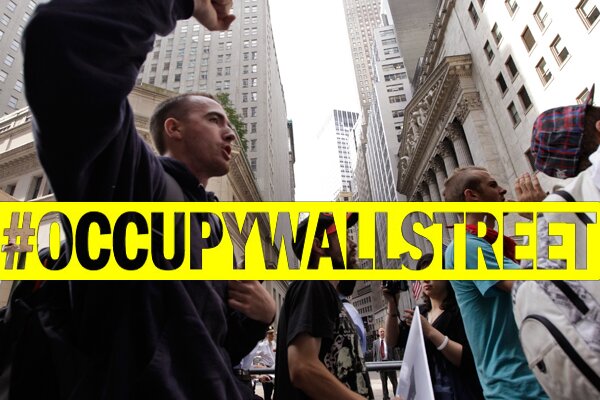 The first Occupy Wall Street protest was initiated by the Adbusters, the Canadian anarchist group, on September 17,2011 in Zuccotti Park located in the Wall Street financial district of New York City. Adbusters is known by launching numerous international campaigns, including Buy Nothing Day, TV Turnoff Week and Occupy Wall Street.

Adbusters is a reader supported, ad-free activist magazine considered to be anti-capitalist or opposed to capitalism. It has an international circulation of 120,000. The mission statement on its Facebook page states “Our aim is to catalyze a sudden, unexpected moment of truth — a mass reversal of perspective; a global mind shift — from which the corporate/consumerist forces never fully recover.”

Occupy Wall Street (OWS) was the original name given to the first protest and adopted by the protesters which led to hundreds of Occupy protests and movements around the world. “951 cities in 82 countries” has become the standard definition of the scale of the Occupy protests throughout the world.

The movement claims to have no leaders or a hierarchical structure. In a recent interview conducted by the Transnational Institute, Marisa Holmes said “It is not about taking power or negotiating power with others. It is about building our own power and doing that together in a collective and democratic way.”

OWS’s main issues are social and economic inequality, greed, corruption and the perceived undue influence of corporations on government. The OWS slogan ‘We are the 99%’ was created as a reference to income inequality and wealth distribution in the U.S. between the wealthiest 1% and the rest of the population.

To achieve their goals, protesters emphasize direct action over petitioning authorities for redress. Decisions on actions or protests are consensus-based and made in general assembly also known as inclusive assembly.

Direct results of the movement’s actions remain to be seen. But as proven in the latest disaster caused by Hurricane Sandy, OWS activists are also effective organizers when it comes to providing disaster relief to their local communities. Many people who were arrested in OWS marches, direct actions and protests also have been involved in running Occupy’s Superstorm Sandy relief efforts – work that has earned them praise from city officials, authorities and politicians.

The movement’s authenticity and relevance has gathered countless supporters, especially young and educated but marginalized groups in many countries who are disenfranchised by the economic struggles of their respective countries and fed up with the corruption in their governing and economical systems. What we have witnessed in the Arab Spring, the Indignados and the Occupy movement is that there is power in collective action and people will rise up to it when it is imperative to do so.

Filed under Action On The Ground, general · Tagged with