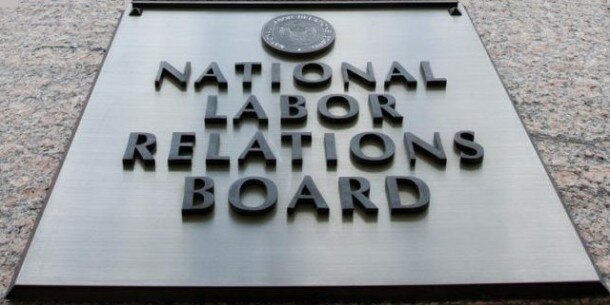 Due to ongoing Republican obstructionism in the Senate, the National Labor Relations Board (NLRB) is headed toward doomsday this summer. Come August, when two of the board members’ terms expire, the board will be functionally obsolete unless new members are confirmed by the Senate (which is unlikely to happen).

This means that nobody will be enforcing the principal law that governs labor relations in this country. This could be disastrous for workers. Without a functioning NLRB, employers will be free to fire anyone who dares to show any sympathy for a union. In 2013, the United States already is seeing the lowest levels of private sector unionization since the 1920’s. With the demise of a functioning NLRB, we will be returned to the 1920’s system of labor relations.

“The inequality of bargaining power between employees who do not possess full freedom of association or actual liberty of contract and employers who are organized in the corporate or other forms of ownership associations substantially burdens and affects the flow of commerce, and tends to aggravate recurrent business depressions, by depressing wage rates and the purchasing power of wage earners in industry and by preventing the stabilization of competitive wage rates and working conditions within and between industries” (National Labor Relations Act, 1935)

The Law remedied this so-called imbalance by:

“Encouraging the practice and procedure of collective bargaining and by protecting the exercise by workers of full freedom of association, self-organization, and designation of representatives of their own choosing, for the purpose of negotiation the terms and conditions of their employment or other mutual aid or protection” (National Labor Relations Act, 1935)

The NLRB worked well for several decades. After the NLRA’s enactment in 1935, union membership skyrocketed. However today, the NLRB has become feckless and impotent. Employers have learned how to game the system. Savvy employers realize that it can be tactically advantageous for them to commit unfair labor practices if it helps them to defeat the union organizing attempt. Employers can take the most vocal union supporters among their employees and make examples of them.

According to a study from The Economic Policy Institute, prior to NLRB representation elections “employers threatened to close the plant in 57  percent of elections, discharged worker in 35  percent and threatened to cut wages and benefits in 47  percent of elections.” Additionally, “workers were forced to attend anti-union one on one sessions with a supervisor at least weekly in two thirds of elections” and “in 54  percent  used such sessions to threaten workers” (Bronfenbrenner, 2009). This data demonstrates what can only be described as a callous disregard for NLRA rights by employers. Another study found that in the year 2007, 30  percent of union organizing drives involved at least one pro-union employee being fired illegally. The same study estimated that “one in five union organizers or activist can expect to be fired as a result of their activity in a union election campaign” (Schmitt & Zipperer, 2009).

For the year 2007 alone, the NLRB issued back pay to 29,559 workers who were illegally fired as a result of exercising their NLRA rights (Madland & Walter, 2009). Firing vocal pro union employees can break the will and the organization of a campaign. “Illegal firings have a chilling effect on union activity. When a worker is fired for union activity, the impact of that firing extends not only to the worker fired, but also to her coworker” (Madland & Walter, 2009). “For every pro-union worker who is fired, 395 others witness the termination, and too often those workers see that a corporation’s illegal actions are not penalized” (Madland & Walter, 2009).

Recently, Walmart fired 5 workers who took place in a strike organized by OUR Walmart. The workers marched on the Walmart shareholder meeting in Bentonville last week and were fired in response. It was because of these flagrant violations of the rules that unions were backing the Employee Free Choice Act in 2008, which among other things would have stiffened the penalties on employers for violating the law.

[email protected] Since the Taft-Hartley amendments of 1948, The Labor Board also sets out rules that labor unions must abide by. These rules prohibit unions from a number of militant actions. These actions include wildcat strikes (strikes that occur in the middle of a contract without notice), sympathy strikes (strikes by one union in support of another union’s strike), and general strikes. In many other nations, the general strike is the greatest weapon that workers have in their arsenal. It can bring a nation to its knees. Just last week, unions in Turkey went on a general strike.

Without a functioning NLRB, the gloves will come off. Employers and Unions will be able to engage in a bare knuckle brawl. If unions are willing to embrace a truly militant vision for unionism, the Republican party and its business cohorts may come to regret their destruction of the NLRB. Part of the reason that FDR enacted the NLRA to begin with in 1935 was because he was afraid of a worker revolution. The New Dealer knew that the balance was so off kilter in favor of business that he had to “remedy” it, or else risk a violent worker uprising. Part of the logic in instituting a great portion of the New Deal legislation was to give the working classes just enough to prevent them from rising up. With an obsolete labor board, we could be heading for a replay of the type of industrial volatility that lead to the enactment of the NLRA in the first place.

The current dysfunction of the NLRB is the latest symptom of the right wing war on the New Deal that began in earnest with the election of Ronald Reagan in 1980. But, with the current field tilting ever more towards employers, it may reach a tipping point where workers come into the streets. This is what is happening right now in Brazil, this is what is happening right now in Turkey, and this is what could be coming to the United States very soon if the envelope continues to get pushed and workers continue to get steamrolled.

Republicans may get their wish of a dysfunctional NLRB come August, but they may come to regret it. They just might awaken a sleeping beast.