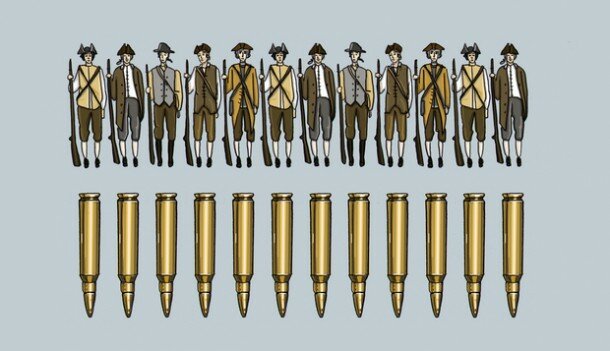 In the debate about gun control, many gun enthusiasts argue that the Second Amendment to the Constitution was written, not for the purposes of hunting or even self-defense, but specifically to give people the ability to rise up against the government when they no longer support that government.

These gun enthusiasts further hold the reference to the word militia in the Second Amendment refers to the armed populace in general. As such, this militia has the right to own the type of weapons that would be required to overthrow the government if need be.

Let’s take a look at exactly what the Founding Fathers put in the Constitution and other laws about the Militia:

Article I, Section 8 of the Constitution lists among the powers of Congress:  To provide for calling forth the Militia to execute the Laws of the Union, suppress Insurrections and repel Invasions;

To provide for organizing, arming, and disciplining, the Militia, and for governing such Part of them as may be employed in the Service of the United States, reserving to the States respectively, the Appointment of the Officers, and the Authority of training the Militia according to the discipline prescribed by Congress;

Amendment 2:  A well regulated Militia, being necessary to the security of a free State, the right of the people to keep and bear Arms, shall not be infringed.

Amendment 5:  No person shall be held to answer for a capital, or otherwise infamous crime, unless on a presentment or indictment of a Grand Jury, except in cases arising in the land or naval forces, or in the Militia, when in actual service in time of War or public danger;

That is every reference to the Militia in the Constitution. The description of the Militia in Article I sounds very much like our country’s National Guard. It is supposed to be well-organized with officers and training.

Not only does the Constitution not say anything about bearing arms to use against the government, it specifically says the Militia can be called upon by the President to suppress insurrections against our government.

The Militia Act of 1792, which was passed only three years after our Constitution was ratified, defined how a state militia should be organized. It is not just a loose group of guys with guns. It is a well-organized militia with officers of various ranks, and the members are to receive the same pay and allowances as all troops of the United States.

Taken together, the U.S. Constitution and the Militia Act of 1792 state a person has the right to bear arms specifically for the purpose of joining the Militia so you can help defend your country if you are called upon. Over time the Militia has evolved into what is now called the National Guard. 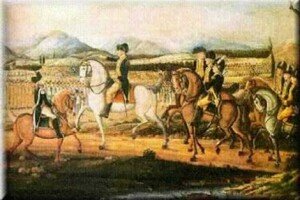 In 1794, during the Whiskey Rebellion, 5,000 men rose up to oppose the government.  President George Washington called up the Militia in several states and personally led them to western Pennsylvania to put down the rebellion.

It’s not my intention here to argue that there isn’t a right to bear arms. The American people generally believe that there exists such a right, regardless of how the Second Amendment is interpreted. I am only pointing out that the claims by gun extremists about the intention of the Second Amendment being to allow the public to take up arms against our government is completely false. The Constitution, the Militia Act of 1792, and the actions of President George Washington certainly refute that claim.

The Constitution does not recognize an unlimited right to own the most powerful and lethal weapons. There is no prohibition against commonsense restrictions like limiting the capacity of a firearm, requiring a waiting period or background check before buying a gun, or limiting certain features of a gun that make it especially useful for killing large numbers of people with little effort.

Read the Constitution, the Militia Act of 1792, and the Whiskey Rebellion here:

Last reply was 6 months ago