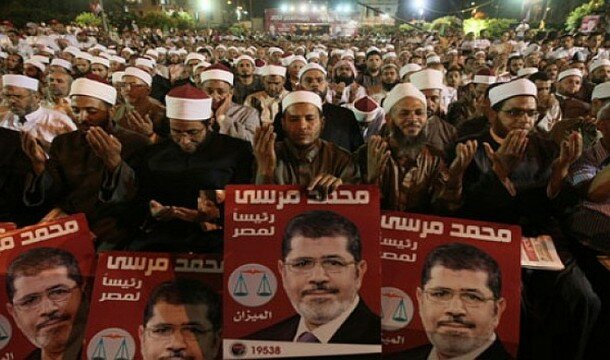 Egypt’s ruling Muslim Brotherhood said its Cairo headquarters came under attack and set on fire on Sunday from scores of anti-government protesters, firing shotguns and throwing molotov cocktails and rocks.

Security sources said three other Muslim Brotherhood offices were set on fire by demonstrators in towns in the Nile Delta, in more than a week of sporadic violence in which hundreds have been hurt and several killed.

Thousands continue to gather in streets to demand removal of country’s president, a year after he took office.

The protestors are accusing Mohamed Morsi and the Muslim Brotherhood of hijacking the revolution and using electoral victories to monopolize power and push through Islamic law.

Others complaints are about the deepening economic crisis and worsening personal security, aggravated by a political deadlock over which Morsi has presided.

In an interview with the British newspaper the Guardian, Morsi voiced his determination to ride out what he sees as an undemocratic attack on his electoral legitimacy. He also offered to revise the new, Islamist-inspired constitution which fueled liberal resentments.

Yesterday, the US President Barack Obama called on Egypt’s government and opposition to engage each other in constructive dialogue and prevent violence spilling out across the region, during a joint news conference with South Africa’s President.

The army insists it will respect the “will of the people”, though the Islamists and the opponents have opposing views of what that means. Islamists interpret that to mean army support for their election victories. Opponents on the other hand believe that the army may take the popular will as expressed on the streets, as it did in early 2011 when the generals decided Mubarak’s time was up.

Interviewed by the Jarusalem Post, Ahmed Hosny, one of the Islamists in Cairo, 37, said: “I came here to say, ‘we are with you Morsi’ with the legitimate order and against the thugs. This is our revolution and no one will take it from us.” 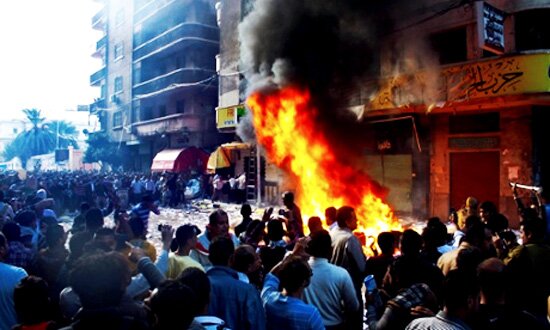