Move To Legitimize Spying, Detention and Murder of American Citizens 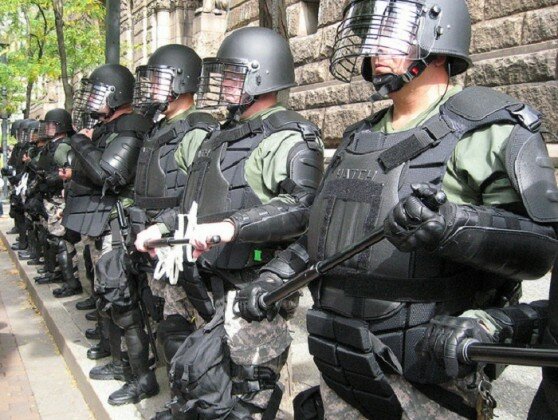 Amidst the noise and static surrounding modern arguments over government power in relation to guns, abortion and health care, a very real “big government” power grab, once widely discussed in the early 2000’s, might be continuing to expand. This time with twice the legal reinterpretation of constitutional law as the first.

With the National Defense Authorization Act (NDAA) debate fading in the rear view mirror, the new moves by U.S. authorities to expand their powers to monitor, investigate and even kill American citizens, are taking shape with only a tepid reaction from the American media or public at large.

As reported by Democracy Now, in an interview with Jacob Applebaum, another former Wikileaks volunteer named in the Justice Department’s investigation, a U.S. Federal Appeals court has ruled that the continued secret, warrantless searches and monitoring of electronic communications of private citizens is legal.

“What we see is more of the same. I mean, we see this with the targeted assassination, the indefinite detention in NDAA. And this is just the Internet version of that, where they’ve decided they don’t even have to get a search warrant, and I have no right to resist it.”

Now beyond any argument over the validity, justification or virtue of the groups like Wikileaks, the first and most unnerving aspect here is that under secret provisions of the US Patriot Act, as interpreted by federal judges, the government maintains the ability to supersede the constitutional rights of due process afforded to American citizens so long as a national security connection can be argued.

This means that lacking oversight of any kind, the FBI, DOJ and other federal authorities can now legally spy on anyone they like, not only without a warrant, but without anyone ever knowing about it. In a time when more and more people are calling for greater transparency and accountability in government, it would seem the government is growing increasingly intent to deny such, even to itself.

Take the case of Shamai Leibowitz. In May of 2010, Leibowitz was sentenced to a twenty month prison term for the leaking of classified information to a blogger, while working as a translator for the FBI. According to blogger Richard Silverstein, the reason behind Leibowitz’s leaking of the information came about as a matter of conscience, with his personal concern over the influence of Israeli interests in Congress increasing as he worked to translate Hebrew conversations, overheard by way of FBI wiretaps at the Israeli embassy.

Now again, beyond the right or wrong of what Leibowitz did and even beyond the intrigue generated around the FBI spying on the Israeli embassy and delegation, an even more curious element of official process in this story stands out. During sentencing, Judge Alexander Williams Jr. of United States District Court in Maryland, said on the record that he had no idea what the leaked information was.

“All I know is that it’s a serious case…I don’t know what was divulged other than some documents, and how it compromised things, I have no idea.”

Yes, that’s right. A federal judge, charged with determining guilt and sentencing Leibowitz, on the grounds that he leaked sensitive information, wasn’t even allowed to know the what, how or why before doing so.

Then there is this little matter…

Spreading across the internet like wildfire, this Department of Justice white paper memo, obtained by NBC, has ignited the passions of civil liberties advocates and end of days preparer types alike, highlighting justifications and legal explanations as to how, under certain provisions of the PATRIOT Act and under “certain circumstances” (all of which seem to rely on a mix of intelligence information and official discretion,) the rights to due process of law can be suspended. It also makes a point to highlight that the targeted killing of American citizens suspected to be members of Al-Q’aida is not only constitutionally permissible, but also succeeds to maintain legitimacy under Executive Order 12333, which prohibits assassinations.

With such painstaking work put in to the legal justifications of invasions of privacy, the right to arrest and detain and even the rights to kill American citizens, it is sometimes a wonder why they try to make any at all. As the fear mongers, police state industrialists and xenophobic talking heads continue playing up the threats which lie beyond and within our borders, it can often be hard to keep a bearing on what is a sacred right and what is not.

Best money in most houses goes on freedom, not just in the flag waving patriotic, happy-you-have-it sense, but in the very real freedom of life in a society where the fear of having a black bag pulled over your face before you disappear indefinitely sense. Good bets on values include  the right to a reasonable expectation of privacy and freedom from fear of having every word of every correspondence scrutinized to determine if you are or are not, by way of analytic metrics, a threat or enemy to the United States. And the best bet of all, if values are in question, is the right to remain alive, protected by the civil institutions of law and due process.

Without these as safe bets, there are no safe bets. And as we enter the second decade of the twenty first century, there is much to be argued over just what price there is to pay, for our freedom, which as we’ve been told time and time again, isn’t free.