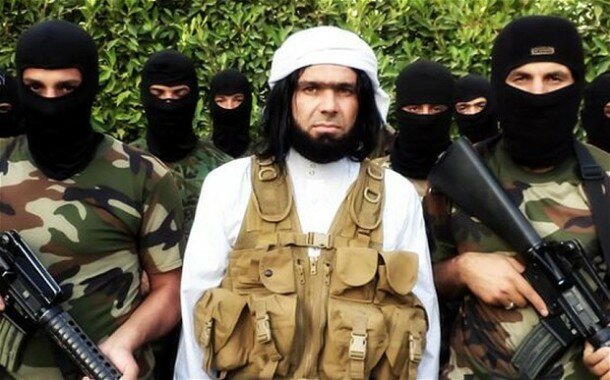 “Iraqi soldiers backed by Shia militiamen retook control Sunday of a Sunni town seized previously by Islamic militants, said an Iraqi official and state-run TV, a rare victory for Iraqi security forces that have been battling to regain areas lost to the militants.”

“Islamist militants tried overnight to seize a border post in Kobani, Syria, on the frontier with Turkey but were repulsed by Kurdish fighters, a monitoring group said.”

“The six-minute-long video comes as the US-led coalition steps-up airstrikes against Islamic State militant bases, including training camps, in Iraq and Syria. It is the latest in a series of multimedia releases from the group, and clearly touts its possession of US equipment and weapons.”

“(CNN) — Put yourself in the shoes (and seventh-century black robes) of ISIS’ Abu Bakr al-Baghdadi, the mysterious boss of the terror group that is striking fear into the hearts of leaders around the world.

In the past couple of years you’ve managed to avoid drone attacks and survive civil wars, unify militant groups in two different countries under your banner, raise an army of jihadis from across the globe, and seize a chunk of land stretching from northern Syria to central Iraq.

Your newly-declared “Islamic State” is the size of Pennsylvania, so how do you govern it? You compartmentalize.” 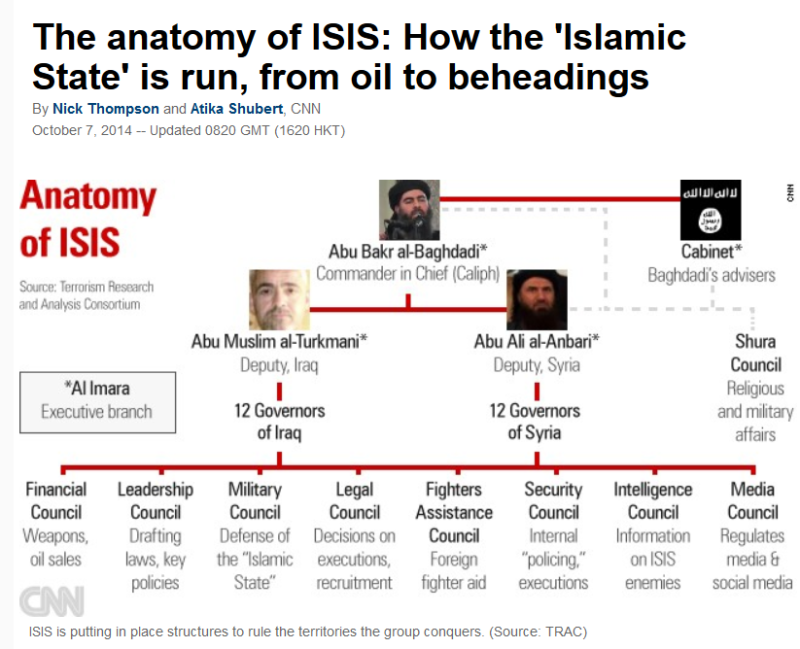