May 1st is International Worker’s Day, Here’s Why it Matters: 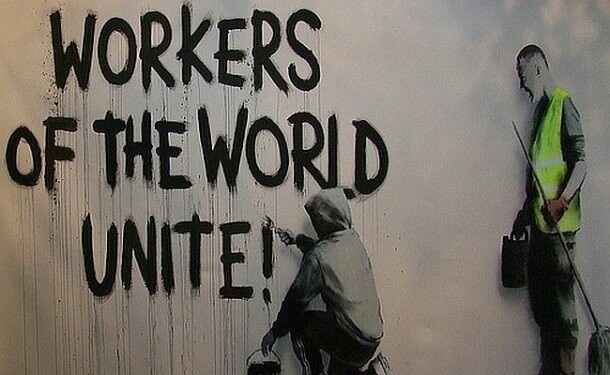 In case you’ve missed it, today (5/1) is International Worker’s Day, also known as May Day. In America, the biggest holiday for workers is Labor Day, which falls in September. May Day is  the international worker’s equivalent of labor day.

Around the world, protests and demonstrations have shown the extent to which workers are outraged and are showing their ability to flex their collective muscle. In Istanbul, Turkey, demonstrators caused a city-wide shut down. In Greece, striking union workers shut down train and ferry services. In Jakarta, an estimated 150,000 workers marched on the capital, demanding an increase in pay and better working conditions.

We live in a world where business is globalized. Unlike the days of yore, when businesses and their home nations where tied together very closely (remember the saying “what’s good for General Motors is good for America!”?), today’s multinational corporations swear no allegiance to any nation. Their only allegiance is to the sacred mantra of increased profits. With business and commerce operating on a global scale, it makes no sense for labor unions to continue to operate on a nation by nation basis.

The powers that be use the lack of international worker solidarity to whipsaw workers from nations against one another. Forcing workers and nations to compete against one another in an endless race to the bottom to attract business. A race that drives the ever widening gap between the plutocrats of the world and the rest of us. The ones who own the means of production, and the workers who create that production.

Since the time when Henry Ford perfected the assembly line, manual labor has gotten more mechanized and automated. The great majority of manufacturing jobs, in today’s world economy, require very little or no knowledge or skill to perform. This allows multinational corporations to seek out and exploit the most desperate workers in the world for their labor. With the supply of low-skilled labor seemingly infinite, multinational corporations that makes billions in annual profits can continue to increase the profit margins and their share price by locating whichever nation allows them to have the least oversight, the least regulation, the least worker protections, and the lowest tolerance for any union activity. The problems associated with this are obvious and we see the side effects of this cut-throat brand of global capitalism in the news on a constant basis.

Much of the low wage manufacturing in the garment industry has located itself in Bangladesh, which now exports close to $20 billion a year in garments alone. Just last week, an 8 story garment factory collapsed, killing over 400 workers and injuring over 2,500. An estimated 150 people are still missing, buried inside the rubble of global capitalism gone terribly awry. The factory collapse is the second horrific industrial disaster in less than a year in Bangladesh. In November, over 100 workers perished in a factory fire just outside the capital of Dhaka. The factory was making clothes for Wal-Mart.

The fallout from the race to the bottom labor market is not limited to third world countries. We see damage within the U.S. as states engage in a competition with one another to attract jobs to their state. Texas governor Rick Perry loves to bill his state as a regulation free haven for job creators. He often travels around the country, recently to Chicago and California, attempting to lure businesses to move to his state where they can take advantage of low union density, low regulation, and low taxes. In April, a possible side effect of low regulation reared its ugly head when a fertilizer plant in the tiny rural town of West, Texas exploded, killing 14 and injuring over 250.

The race to the bottom creates issues that materialize through taxes as well. In Pennsylvania, Republican Governor Tom Corbett last year offered $1.7 billion in tax breaks to Royal Dutch Shell in an effort to entice the oil giant to build a cracker plant which would create jobs in the western part of the state, an area that was once the world capital of the steel industry and has seen tens of thousands of good paying jobs in steel shipped overseas in recent decades as globalism has proliferated. This tax giveaway came at a time when the Governor has imposed draconian cuts on state spending in education as well as on the social safety net. Essentially, this is an oil company that posted over $30 billion in profits in 2011, is in cahoots with the Republican Governor, looting the state treasury. Meanwhile, schools in poor areas around the state are shutting down due to budget cuts, 23 in the city of Philadelphia alone. There could not be a more clear cut case of a state taking from the poor and giving to the rich. The Governor and state legislature are practicing Robin Hood in reverse economics, and the effect in poor neighborhoods has been nothing short of catastrophic.

Demonstrations worldwide indicate that workers of all stripes, creeds, color, and nationality are feeling the pain of win-at-all-costs globalized capitalism. The decline of the labor movement in the United States is something that most observers within the nation are keenly aware of. But the decline of unions has been a worldwide phenomenon in the last 30 years as politicians and corporations engage in the race to the bottom in order to attract employers. Since 1980, Australia has gone from over 48% union to 18%, Germany from 35% to 18%, Turkey from 22% to 5%. All of these numbers represent the decline of worker power in these nations.

Much of the decline in union density can be attributed to the race to the bottom. Workers have lost their ability to demand more from their employers because those employers can now simply relocate to a third world nation where they can exploit the never ending supply of low skilled labor. In America, all one has to do is take one look at the once prosperous city of Detroit, which is now becoming a barren wasteland as manufacturers flee the power of the United Auto Workers to greener pastures where they can get away with paying workers much less and offer virtually no benefits. The unions, knowing they are in a corner, have agreed to substantial concessions in an effort to save their jobs. Last year, to further weaken Michigan unions, Republican Governor Rick Snyder made the state a right to work state.

As workers worldwide continue to cope with the worldwide race to the bottom style of capitalism that has spread in recent decades, the importance of international worker solidarity has become increasingly apparent. In the past, workers and their unions achieved great things by banding together in cities, towns, factories, and industries. Today, that is no longer enough. Workers around the world must come together and demand better working conditions. Globalist corporations continue to play nations and states off one another, with the result meaning less pay for workers, less power for workers, and less opportunities to live a middle class life.

Last week, Slate columnist Matthew Yglesias illustrated the sickness of the global corporatist race to the bottom worldview. He wrote that events like the factory collapse in Bangladesh are just collateral damage in the global capitalist game, and that there was nothing wrong with it. After all, they have a free and democratic society and it is their own right to have no regulations or rules if they so choose! This worldview may be shocking, but it is the norm. Workers are nothing but pawns in the capitalist game. The ones that are chained to the sewing machines for 80 hours a week, the ones that sleep at their work station and don’t see their families, the ones that die in horrible fires and building collapses, the entire city of Detroit, all of it is just collateral damage in the race to the bottom of the worldwide labor market. Meanwhile, corporations are making all time record profits, as nations compete to give them more and more tax breaks.

Until the workers of the world unite and have true international solidarity, the crippling effects of global capitalism will continue to loot treasuries and bury middle classes around the world. And that, my friends, is why International Worker’s Day (May Day) is important. 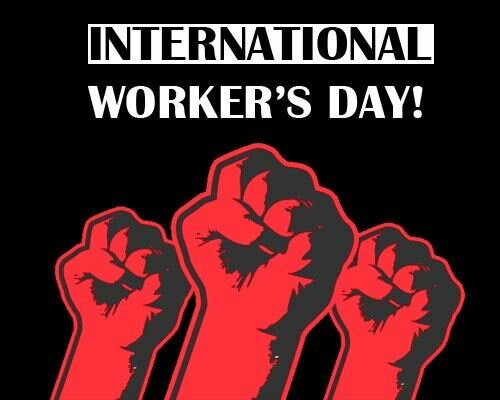 May 1st saw workers around the globe protesting for better wages and conditions.