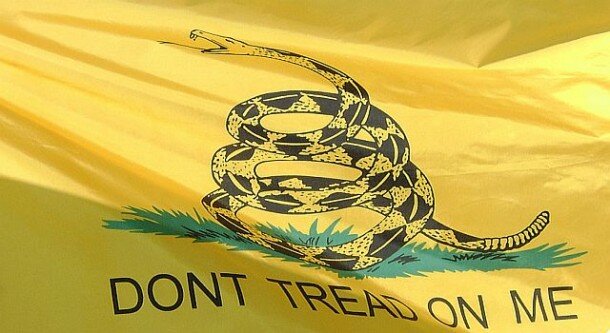 At this past weekend’s 2013 Conservative Political Action Conference (CPAC), Kentucky Senator Rand Paul won the event’s straw poll, making him the top pick for the 2016 Republican primary bid. The choice of Rand Paul, known for being an adamant Libertarian, could reflect a noticeable trend in American politics, a trend that the GOP seems to be racing to accommodate: the resurgence of Libertarianism, especially among the current college-aged youth.

In 2012 over half of the CPAC attendees were college students, and although Sen. Paul’s victory offers little more than “bragging rights,” as the Associated Press puts it, it still makes a big impression on the turbulent Republican party, currently trying their hardest to re-brand themselves for the upcoming generation. This, coupled with the fact that the Libertarian’s own party is seemingly dead in the water, makes the co-opting with the GOP a nice fit for the upcoming election.

It’s not just at CPAC that Libertarianism is gaining steam, however. Reddit, one of the most popular social-news sites in the world, has a thriving Libertarian community, boasting over 80,000 subscribers and over 1000 posts a day.

The Libertarian movement has even pioneered its own digital currency, Bitcoin.  Although plagued by many technical and feasibility issues, it continues to maintain a small but devoted support base.

The influx of Libertarian support stems largely from a dissatisfaction with the current political process, with many youth finding both the Democrats and Republicans stagnating and incapable of any real change. The Republican party’s stance on social issues also clash with youth trends, now that “Younger Americans are significantly more likely to favor marriage for same‐sex couples than are Americans as a whole,” says a Public Religion Research study, “almost half (46%) of young adults (age 18­-34) support same­-sex marriage, compared to less than a third (29%) of all Americans.” Libertarianism offers a fiscally conservative stance on economic policies while still allowing for personal freedoms and rights, a position which is understandably attractive.

However, criticism of Libertarian ideals is abundant, and its increased popularity is proving disturbing to some . For instance, Libertarians support a laissez-faire free market, completely devoid of any type of government intervention or regulation.

The Bleeding Heart Libertarians blog states that the government “almost always ends up working in the interest of the rich and powerful and does little to protect the interest of those with modest means and little access to power. If a commitment to social justice demands that we care first and foremost about the least well off among us, supporting government regulation may well violate that commitment.”

As critics are quick to point out however, companies have historically not always been friends of the public, and although Libertarianism advocates respecting others freedoms, tragedies do occur. Libertarians often advocate that the free-market self corrects, commonly using the example of a vendor that sells rotten meat. The free-market is of little comfort to the hundreds who would die of food poisoning before the problem fixes itself, however, and this is a point critics are keen to make.

Regardless of criticism, the Libertarian movement is quickly gaining steam in the United States’ political landscape, though its legacy has yet to be seen. Whether it pushes strongly into the next presidential election or fizzles out, nobody in the GOP can argue that for the time being, the Libertarian youth may be drifting toward the Republican party, and that’s a trend they surely do not want to buck.