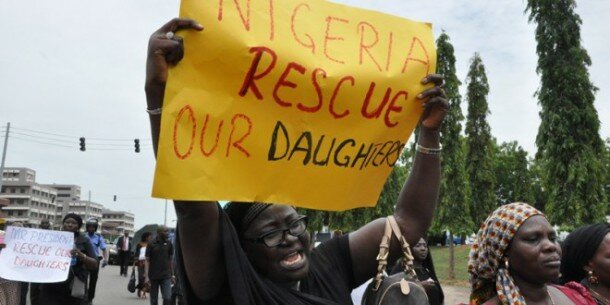 Scores of girls and young women kidnapped from a secondary school in Nigeria by Boko Haram militants, are being forced to marry their Islamic extremist abductors, a civic organization reported Wednesday.

The armed men snatched more than 280 schoolgirls, between the ages of 16 and 18, in the north-eastern Nigerian village of Chibok. Abductors claimed two of the girls have died from snake bites.

A Borno state community leader told The Associated Press that the Boko Haram terrorist network is negotiating over the students’ fate and is demanding an unspecified ransom for their release.

Nigerian Federal Senator Ahmad Zanna said  in a statement to the Nigerian online news site Persecond News that the military is aware of the movements of the kidnappers and the whereabouts of the girls, because he has been giving them details that he has gathered on a near-daily basis.

According to the principal of the Chibok Girls Secondary School, Asabe Kwambura, about 50 of the kidnapped girls managed to escape from their captors in the first days after their abduction, but some 220 remain missing.

The kidnappings have sparked debate on whether the Nigerian Government has control over the northeast region of the country and whether the foreign intervention could help stabilize Nigeria. Officials have long ruled out such a move.