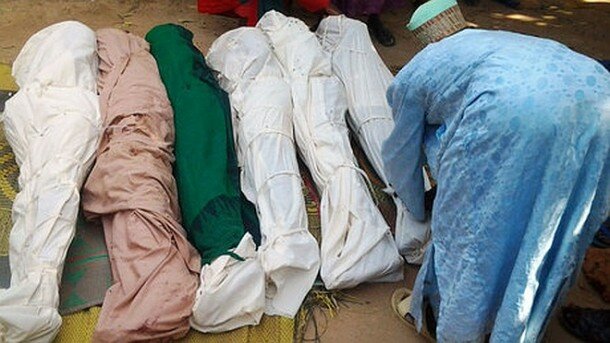 Armed Islamic militants have killed 29 students and an English teacher in an attack on a boarding school before dawn Saturday, in the deadliest attack yet on schools in Nigeria’s embattled northeast. Militants doused a dormitory in fuel and lighting it ablaze as students slept, survivors said.

The attack thought to be conducted by members of the Boko Haram sect, whose name means “’Western education is sacrilege”.  Boko Haram which controls an area 143 miles away in Maiduguri city, capital of neighboring Borno state, has been behind scores of attacks on schools in the past year.

Survivors being treated for burns and gunshot wounds said some students were burned alive in the attack. Dozens of children from the 1,200-student school escaped into the nearby forest and have not been seen since.

One 15-year-old, Musa Hassan who survived the attack, told The Associated Press how he awoke to find one of the attackers pointing a gun at him. He put his arms up to cover his head in defense, and sustained a gunshot that blew off all four fingers on his right hand; the militants moved on after shooting him.

One father, a local farmer, Malam Abdullahi found the bodies of his two sons, a 10-year-old shot in the back as he apparently tried to run away, and a 12-year-old shot in the chest. He said in anguish that he would withdraw his three remaining sons who attend another boarding school nearby.  He added that there was no special protection provided for the students despite the deployment of thousands of troops since the government declared a state of emergency mid-May in three northeastern states.

Nigerian government declared a state of emergency in three states of Adamawa, Borno and Yobe in mid-May as it launched a major offensive to end the insurgency.

The UN refugee agency, UNHCR, reported that thousands of people were fleeing to Chad, Niger and Cameroon as the crisis in northern Nigeria deepened. UNHCR officers told Al Jazeera that up to 3,000 refugees had arrived in Cameroon amid reports of at least 6,000 people escaping to Niger over the month as the confrontation between the Nigerian army and the Boko Haram group intensified in the country’s northeast.

Al Jazeera reports that dozens of schools have been torched and unknown scores of students killed among more than 1,600 victims slain by armed groups since 2010. 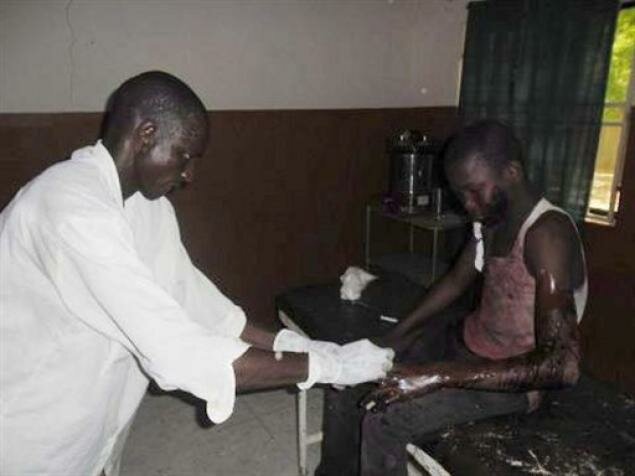 A doctor attends to a student from Government Secondary School in Mamudo, at the Potiskum General Hospital, Nigeria, following the attack