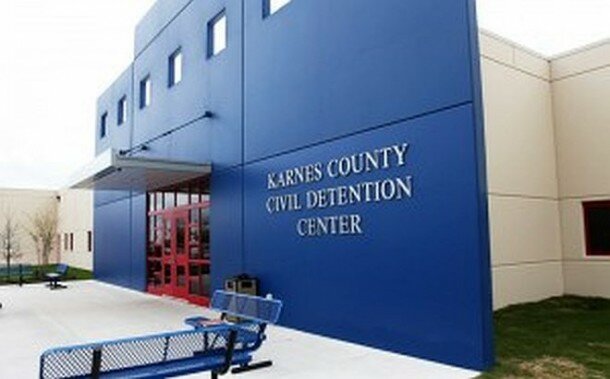 According to a New York Times report, new federal data shows that about 300 immigrants are held in solitary confinement each day at detention facilities overseen by the Immigration and Customs Enforcement (ICE) officials, throughout the country.

Half are held in isolation for 15 days, and about 10 percent are held for up to 75 days, a period which psychiatric experts say can cause serious mental damage. The report says the US has the highest rates of solitary confinement out of all democratic states.

There were varying reports for why these immigrants were held, usually because of violation of facility rules, talking back, or getting into fights with other detainees. Immigrants who are mentally ill or display homosexual behavior are often separated, because they are believed to be a risk to other detainees or to the guards.

The practice of confining immigrants is especially surprising because they are not criminals – they only face civil charges and are held to ensure their appearance at hearings.

“ICE is clearly using excessive force, since these are civil detentions,” said Dr. Terry Kupers, a psychiatrist who studies solitary confinement at the Wright Institute, a graduate school in psychology based in Berkeley, CA, “that makes this a human rights abuse.”

A spokesperson for the ICE told the Times that the immigrants were only confined “as a final resort.” Only about 1% of detainees are confined, but detainees who are held in solitary confinement are at higher risk of suicide.

Findings by the ACLU and a Human Rights Watch report from 2010 have shown hundreds of allegations of sexual abuse of detainees by guards in these facilities as well, which are exempt from federal data about sexual abuse within prisons.

Detainment and deportation of immigrants has been high under the Obama administration, and most recently House Republicans pushed for even more enforcement, despite growing concerns about the often privately run complex of detention facilities and prisons that hold immigrants awaiting hearings or deportation.

In 2012, the federal government spent over $2 billion on immigrant detention operations. This is close to a 150 percent increase from seven years ago. Largest private detention companies, Corrections Corporation of America (CCA), Geo Group and the Management and Training Corporations (MTC) which spend millions each year lobbying Congress, make billions in profits in return by running these detention centers.

Immigration reform has been stalled lately, due to business-labor disagreements about how to settle wages for low-skill workers, such as maids and construction workers.