I Do not Want to Only Pray for the Victims of the Boston Marathon! 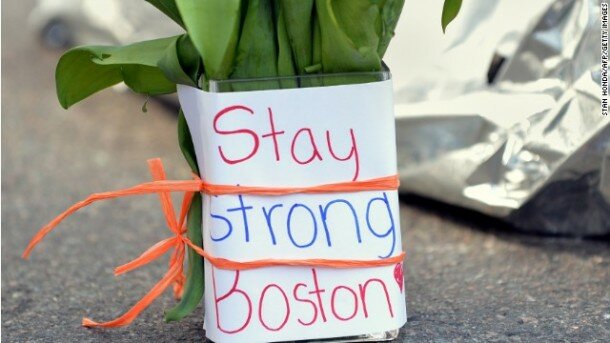 Major acts of violence are becoming too common in the U.S. And after each one, we hear the litanies of:

“Pray for the victims and their families.” Then, we expect the other statements about how brave the EMTs, policemen and common citizens were there and were heroes.

My prayer is “I do not want to hear this ever again! “  Because, I don’t want to have more terrorist attacks or mass shootings which not only kill innocent people, but tear at the fragile fabric of society.

Saying, ‘Pray for the victims and families” is just not enough anymore. We must work vigilantly towards a more peaceful country and world.

The blasts that struck the Boston Marathon on Monday were shocking because we often think attacks like this usually happen in far-off, troubled places, not in the middle of a major American city. But, both developed and developing countries experience terrorist attacks which kill and injure innocent people.

For many who live in countries such as Iraq and Syria, violence remains troublingly common, an everyday occurrence.

The details are not known what were the motives and if it was domestic or international terrorism. Will this make a difference, even it is known? Will this mean more freedoms taken away, more investment in security, more blaming of the left or the right by political pundits and the anticipation that there will be another tragedy?

As we now are going through another tragic event, we should be adamant about how in our individual lives and in our collective action, we can make a difference in curtailing the violence.