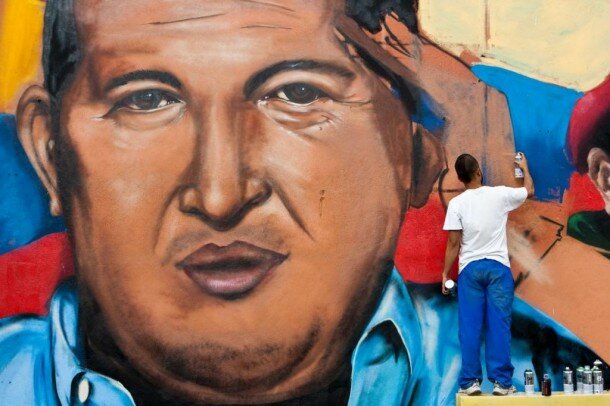 “Once you label me you negate me.” Soren Kierkegaard

Often times in learning history there is a bias towards the good someone did that made them celebrated or the bad that they did that made them vilified, mostly because we want to educate on what examples to follow and what not to follow. This one sided story usually originates from the victors who write history. We could see it happening in real time with Hugo Chavez as he gives a great example of what to do and what not to do.

Looking at historical figures as either “good” or “bad” is a rather naïve way of interpreting their legacy. You can characterize certain events as “good” or “bad”, but when it comes to encompassing the character of an individual and his life achievements there really is no way to agree on the sum of those parts being so black and white, they are often quite grey.

When perusing the headlines of various news sites, magazines, and cable news stations, you see the typical one sided stories being woven into tightly sell-able packages to be presented to the followers. Stories of Chavez improving the economy and equality of Venezuela is being spread by those that tend to lean Left, and stories that Chavez reduced individual liberties and Venezuela has the highest murder rates in the Americas is being pushed by the right leaning sources.

Both sides are partly accurate in what they are presenting, but doing it in such a one sided way just can’t be considered honest journalism, especially after someone’s death.

When it comes to the economic situation in Venezuela, Chavez tried to kill two birds with one stone. He believed that if you reduced poverty that also would reduce crime.

Below listed info is from the Guardian Newspaper, DataBlog-2013:

• Poverty has decreased dramatically; in 1999 23.4% of the population were recorded as being in extreme poverty, this fell to 8.5% by 2011, according to official government figures

Chavez was able to accomplish this by nationalizing the oil industry and redistributing some of that oil wealth to fight poverty. The country was still able to maintain its capitalistic roots, but by socializing its largest and fastest growing industry it was able to finance many social programs.

As of December 2012, the murder rate in Venezuela was between 52 and 73 deaths per 100,000 people, depending on who you speak to. The murder total in Venezuela was higher than the US and the European Union combined.

In order for any justice system to work, people need to trust that criminals will be punished accordingly. But justice won’t work when 90% of murders go unsolved.  Just think about that statistic, it is almost a certainty that if you decide to get rid of someone who makes your life difficult, you can do it without much risk of being caught in Venezuela. Comparatively in the United States only one third of murders go unsolved. Besides the lack of a well functioning justice system, there are many other factors that contribute to the crime rate:

The justice system was completely dismantled from lack of funding and corruption that has made murder a business. By increasing the amount of Supreme Court justices from 20 to 32, Chavez was able to load the judicial branch with sympathizers, which allowed him to get away with more executive powers and control the strength of his opponents, by shutting down the source of media for them.

Hugo Chavez was a semi-socialist, authoritarian leader who had many faults and carried with him a will to better the country he loved. It is his will and obsession to fix his country that made him a good leader for economics but horrible for human rights and liberty. What is vital for Venezuelans is to continue Chavez’s economic programs, but at the same time reverse the damage he left behind in the justice system.