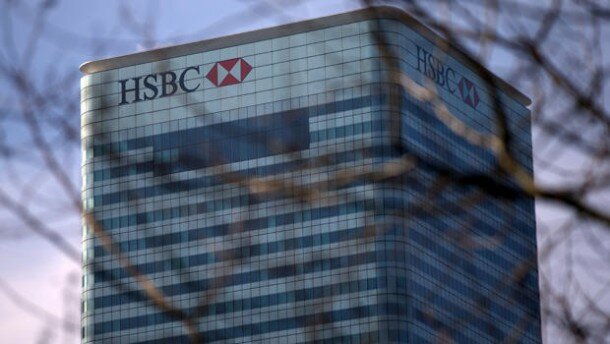 British banking juggernaut HSBC, which was recently derided by U.S. lawmakers as “Too Big To Jail” after a settlement deal was reached regarding exposed money laundering practices, is now facing fresh allegations of criminal activity by Argentinian authorities.

Argentinian tax chief Ricardo Echegaray, in a public statement about the investigation, said that an Argentinian subsidiary of the bank was found to have helped its clients illegally evade over $100 million in taxes, in addition to participating in other money laundering activities connected to criminal enterprises.

Official charges were filed against the bank’s local subsidiary in February, following a six month investigation in to its alleged criminal activities. Monday, the state laid out its case against the bank’s subsidiary before a federal judge. In response HSBC’s Latin American spokeswoman Lyssette Bravo stated that the charges “are of great concern,” and pledged to work “cooperatively with authorities to ensure a thorough review and appropriate resolution of the matter.”

Authorities claim that under a “roll out” of tax evasion and money moving financial tools and services, HSBC helped clients dodge $121 million in taxes through use of subsidiary banks funneling revenues via phantom bank accounts. In a press conference, Mr. Echegaray stated that the investigation pointed to “decisive participation” on the part of company executives in the hiding of financial information. This is a marked departure from the typical prosecution of banking institutions, in that seldom if ever are corporate offices or employees held individually responsible for the criminal liabilities of the companies they work for.

The investigation comes in the wake of an international uproar over the apparent criminal immunity that larger investment banks and multinational financial institutions enjoy when under investigation for criminal impropriety. In addition to charges filed against the institution in February, some individual HSBC corporate officers in this case, are now facing criminal charges of “illicit association,” which under Argentinian law, can result in up to ten years in prison. To date, despite the now multiple charges of criminal money laundering and tax evasion, none of HSBC’s corporate officers or employees have faced criminal indictments or jail time from U.S. authorities.

The bank, which is estimated to possess $2.7 trillion in assets worldwide, has lost nearly $4 billion to fines and settlements over the course of the last year due to criminal and financial fraud investigations. In addition to the $1.9bn settlement reached with the U.S. Dept. of Justice, HSBC was ordered to pay a total of $2.3bn to British authorities for mis-selling financial products on the open market. The recent string of criminal and malfeasance allegations leveled at the bank over the past year has led to at least some changes in the bank’s internal handling of fraud and criminal activity.

Amidst the fallout from the U.S. investigation last year, HSBC has since appointed former Treasury Department official Robert Werner to head up their international legal and financial compliance programs. Werner, who was in charge of the Treasury Department’s Office of Foreign Assets Control and the Financial Crimes Enforcement Network, joined with HSBC last August after leaving a similar position with Goldman Sachs. In addition to this, the bank has stated that it has committed upwards of $290 million to improve compliance efforts.

In December, after multiple money laundering schemes involving drug cartels, hostile nations and even groups with ties to international terrorists were exposed by investigators, HSBC settled with the U.S. Justice Dept. to the tune of $1.9bn, to avoid further criminal prosecution. As reported last week, Federal Circuit Judge John Gleeson has yet to sign off on the deal, leaving the door open to possible indictments and criminal trials. With the full scope and nature of the bank’s criminal enterprises now coming further into view, some speculate that the full involvement of HSBC and its executives in global financial crime has yet to be discovered.