How Did Global Jihad Reach China? 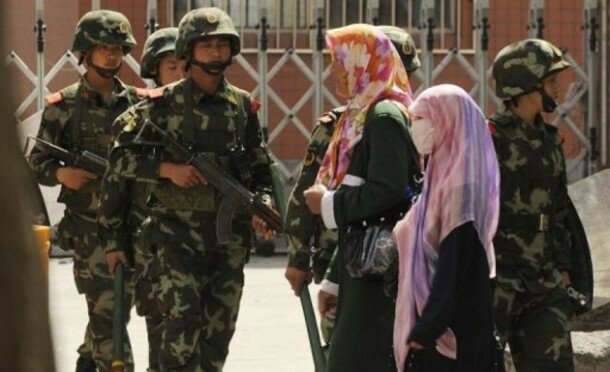 British publishing, The Independent, reported today that China, once again, banned Ramadan, the Islamic month of fasting, for the Turkic Muslim population of the Xinjiang Province of the country.

The report claims that the Muslims throughout the district – which is known to have a majority population of Uyghurs/Turkic people – have been told not to fast during the Holy Month. The problem with this statement is that it was mostly false. You can not force millions of people to stop fasting and start eating. Any Muslim who wishes to fast is perfectly able to do so. Only thing the Chinese Government required was shop owners to keep their businesses open during the daylight hours.

There have been numerous reports lately about this situation in the media. The Western media which is famous for its fondness for creating “good vs evil” narratives, for the most part has taken a stance against China in the matter, trying to portray the country’s government as the oppressor of its Muslim minority. Yet, China’s government views the situation as a struggle against jihadist terrorism, perpetrated by local and foreign separatists who are seeking to establish an independent state of East Turkestan in the Muslim-dominated Xinjiang Province.

The separatist movement has a long history dating all the way back to 1930s. The First Islamic Republic of East Turkestan was a short-lived Republic, established after a rebellion, but was crashed by the Chinese National Revolutionary Army in 1934. Another rebellion, this time supported by the Soviets, led to the establishment of the Second East Turkestan Republic in 1944. But this second Republic also fell under the control of the People’s Liberation Army, after the Chinese civil war in 1949.

According to a report published by The Guardian in 2008, “A Chinese government study reported that the ETIM has received money, weapons, training and other logistical support from al-Qaida.”

How did the global jihad reach China?

In order to understand the jihadist roots of the East Turkestan Islamic Movement, we must research its origins. Journalist David Livingstone has written a well researched and documented article in 2009, covering this topic.

“You’ve got to look at the big picture. After the fall of the Soviet Union, the super powers began to fight over control of Central Asia, particularly the oil and gas wealth, as well as the strategic value of the region.

Given the history, and the distrust of the West, the US realized that it couldn’t get direct control, and therefore would need to use a proxy to gain control quickly and effectively. Turkey was the perfect proxy; a NATO ally and a puppet regime. Turkey shares the same heritage/race as the entire population of Central Asia, the same language (Turkic), the same religion (Sunni Islam), and of course, the strategic location and proximity.

This started more than a decade-long illegal, covert operation in Central Asia by a small group in the US intent on furthering the oil industry and the Military Industrial Complex, using Turkish operatives, Saudi partners and Pakistani allies, furthering this objective in the name of Islam.

This is why I have been saying repeatedly that these illegal covert operations by the Turks and certain US persons dates back to 1996 (remember, ETIM was founded in 1997), and involves terrorist activities, narcotics, weapons smuggling and money laundering, converging around the same operations and involving the same actors.

And I want to emphasize that this is “illegal” because most, if not all, of the funding for these operations is not congressionally approved funding, but it comes from illegal activities.

And one last thing, take a look at the people in the State Secrets Privilege Gallery on my website and you will see how these individuals can be traced to the following; Turkey, Central Asia, Pakistan and Saudi Arabia – and the activities involving these countries.”

To learn more about how the U.S. and its allies infiltrated within the Xinjiang Province, click on the Livingstone’s article: UIGHUR NATIONALISM, TURKEY AND THE CIA

Another interesting coverage from Aangirfan Blog on the topic of CIA and Turkish involvement in the region: THE CIA AND RIOTING UYGHURS IN XINJIANG

Please note that Uyghurs might have legitimate grievances against the Chinese government. This article was not written to support Chinese government’s actions towards its minorities, but to explain the origins of this particular conflict and its regional players.