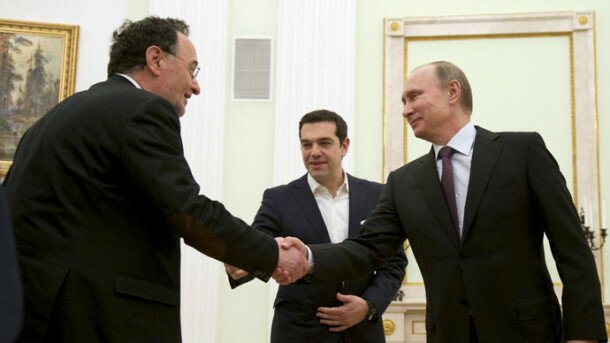 According to EurActiv News, financing of the extension of a pipeline carrying Russian gas from Turkey to Greece has been secured and a deal could be signed this month, the Greek energy minister said Monday.

In an interview with Russian public television, Panagiotis Lafazanis indicated he had had a series of very productive meetings in Russia, which is ready to participate in the financing. He said there is “enormous interest” among Greek companies for an extension of the Turkish Stream gas pipeline.

Moscow axed its South Stream gas pipeline to southeastern Europe last year, even though construction had already begun, as relations with the EU hit a nadir over Russia’s role in the Ukraine conflict. Instead Moscow announced a pipeline to Turkey, which should be ready in December 2016, and told European nations they would need to build links to get the gas.

Ever since the radical-left Syriza party swept the elections in January, Moscow has been courting Greek Prime Minister Alexis Tsipras, a former communist who has made no secret of his desire for closer ties with Russia and criticised the EU sanctions imposed over Ukraine.

Tsipras is struggling to unblock EU and IMF rescue funds and Russia has dangled the possibility it will help finance the project, which it has alluded will generate revenue that Athens could use to help pay off its mountain of debt.

“We already know that it will be a Greek public company which would be in charge and furthermore, the question of financing is already resolved: the infrastructure costs are estimated at around two billion dollars,” said Lafazanis. The minister said a deal could be reached by the three-day Saint Petersburg International Economic Forum that begins on June 18.

Russian media have said that other countries interested in linking up the pipeline in Greece are hesitant for fear of angering the European Union.

The United States wants Greece to focus on the Western-backed TAP pipeline project rather than the rival Gazprom-favoured project Turkish Stream, a US special envoy said. Amos Hochstein, the US Special Envoy for Energy Affairs, told the New York Times on May 8th that his country was backing Greece to build the Trans-Adriatic Pipeline (TAP) that is set to bring gas from Azerbaijan by crossing through Turkey, Greece, Albania and under the Adriatic Sea to Italy.

The TAP project is a more advanced project compared to Turkish Stream, the concept of which was launched only last December, when Russian President Vladimir Putin made it clear he was abandoning the idea of South Stream, a Gazprom-favoured gas pipeline project intended to bring Russian gas under the Black Sea to Bulgaria, Serbia, Hungary and Austria.

Instead, Turkish Stream will bring Russian gas to the European territory of Turkey, and then to the Greek border. From there, another Gazprom-financed planned pipeline tentatively called Tesla would move gas further across the territory of Greece to Macedonia, Serbia, Hungary and Austria.

Sources for the article: Greece says financing agreed to extend Russian gas pipeline and US discourages Greece from Turkish Stream 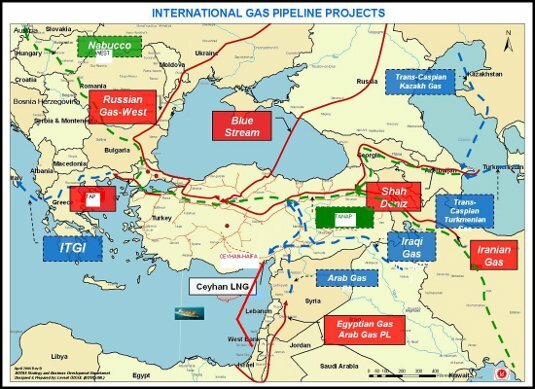