Gov. Brown Miracle in CA: Deficit to Surplus in 2 Years 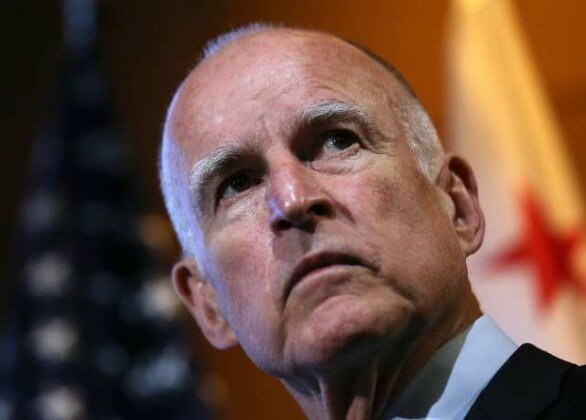 The state of California has faced  high unemployment and massive budget shortfalls for years. Only 2 years ago, the state had a deficit of $25 billion. Governor Jerry Brown (D) has projected that fiscal year (FY) 2012 which ends June 30, 2013, will show a surplus of $285 million.

As recently as November, 2012, the Legislative Analyst’s Office predicted a nearly $2 billion deficit. Now, in addition to the FY 2012 surplus, the Governor projects a FY 2013 (ending in June 2014) surplus of $851 million, while increasing Education and Healthcare expenditures by 5%, and putting $1 billion into a rainy day fund.

California’s job growth currently tops the national average, although the state still faces unemployment of 9.8%. That number is down from 10.1% in November, 2012. The last time the state saw unemployment figures in the single digits was January, 2009, when the rate was 9.7%. This number is expected to fall further, to 8.7% for FY 2014.

This remarkable turn-around can be traced to several items. First is a voter-approved tax increase, which raised the tax rate for those earning $250,000 from 9.3% percent to 10.3%, and from 10.3% to 13.3% for those making at least $1 million annually. These increases alone are expected to increase revenues by $6 billion. Also passed was a state sales tax increase of ¼ cent per dollar for four years. Additionally, state funds going to local governments will be reduced by $2.1 billion.

But the Governor has also stated that he is going to say “no” a lot in the next couple of years. Fiscal responsibility is going to be the new norm, according to Brown, saying, “I want to avoid the booms and the bust, the borrow and the spend, where we make the promise and then we take back.”

The Democrats in the State Senate now have a super-majority, allowing them to pass nearly anything without Republican support. Some of those Democrats would like to restore the social service programs that were cut in recent years, such as dental care for the poor.  While Brown says he understands the impulse to repair broken social services, he warns against overspending now, which could lead to more debt and deficits in the future.

However, Brown does intend to help some of those who have lost services during the Recession. The spending increases he plans include education, particularly for disadvantaged school districts. In fact, he plans increased education spending of $2.6 billion for K-12 and community colleges, and has requested that lawmakers come up with a formula that would divert a larger percentage of that amount to poorer districts, in spite of warnings that such a plan could “set off a fight between wealthier and poorer districts”.

In addition to K-12 school spending, Brown plans to increase spending on state universities, forestalling a planned 9% tuition increase. The University of California and California State University systems each would receive an additional $250 million.  Health care spending will be increased by $1.2 billion, including $350 million in new spending to cover the expansion of Medi-Cal enrollment projected to occur as federal health-care reform is implemented. Medi-Cal is the California Medicaid welfare program serving low-income families, seniors, persons with disabilities, children in foster care, pregnant women, and certain low-income adults.

Brown warns, however, that these estimates are based on assumptions that may be altered by the Federal government and other issues. Critics say that the budget fails to build a significant rainy-day fund, bolster the state retirement fund for teachers or save for retiree health care costs. His plan to cut $163.8 million from In Home Support Services (IHSS) by eliminating domestic assistance for beneficiaries in shared living environments is being challenged in the courts, and could eliminate those savings.

The governor’s use of new corporate tax revenues from Proposition 39, which were earmarked for clean energy projects, may also face legal challenges. Brown’s budget earmarks the $190 million a year for clean energy all for schools rather than other projects, which may not be legal under the state’s Constitution.

Nonetheless, for the time being, and for the first time in 15 years, California has a balanced budget. It will be interesting to see how long it lasts.