Posted by Emine Dilek on Sunday, November 9, 2014 · Leave a Comment 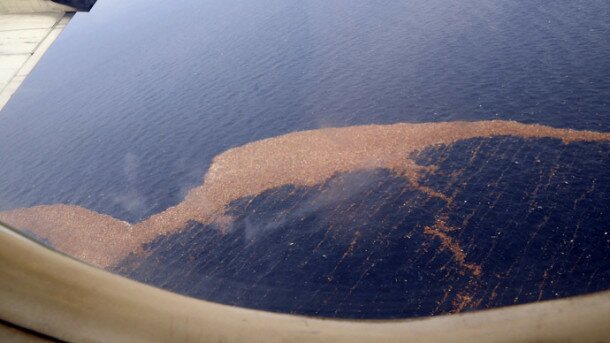 “National Research Institute of Fisheries Science, Fisheries Research Agency comments cold sea water was stirred by the storm of 11/3 ~ 11/5/2014 so the sardines moved to the shallow area to die owing to the deficiency of oxygen in the water.

However local fisherman states he has been living for 60 years but he has never seen such a thing.”

“The International Research Institute for Nuclear Decommissioning (IRID) released a new report recently (the English translation was released after the Japanese version). In this report the explain in some detail where they think each reactor is leaking contaminated water at least in part based on inspections. They also give more detail on the technical plans for future removal of the melted fuel.”

“Over a million tons of Fukushima debris could be just 1,700 miles off the American coast, floating between Hawaii and California, according to research by a US government agency.”

TV: “This is really kind of scary… a grim reality” for West Coast — Alarm as baby whales keep dying; Since 2011 none have survived over a year — Biologist: We see them pregnant for weeks, then no longer pregnant — NOAA: “Not what we’re used to… Incredibly poor condition… Skeleton with skin”

Dr. Metzger’s presentation on the contamination of food imports in the early days of the Fukushima accicdent presented at the American Chemical Society Annual Meeting in New Orleans