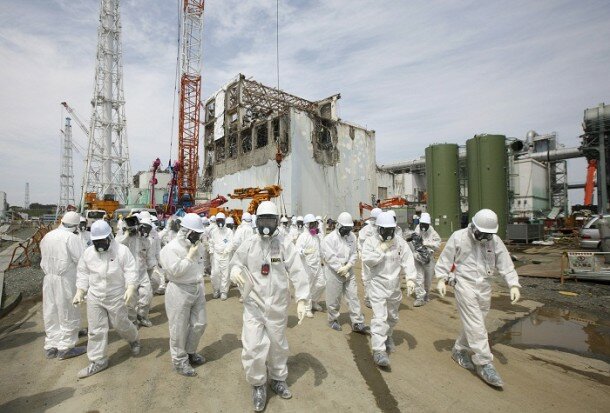 Since the Fukushima Daiichi Nuclear Plant disaster happened on March 11, 2011, we have been reading, watching and hearing limited and confusing reports from the area and news media. Starting this week, the Progressive Press will provide updates every Sunday, in order for our readers to have a better understanding of the situation. Instead of going through multiple news pages, you can read our report to track what is really happening in the hapless nuclear plant and our environment. The report will include current news from global sources and research updates, also past articles you might have missed.

“The U.S. and Russia are joining forces to block a European plan to raise the protection of nuclear reactors against natural disasters after the meltdowns at Japan’s Fukushima Dai-Ichi power plant, diplomats say.”

“New evidence shows that the radiation from the failed Fukushima Daiichi Nuclear Power Plant is starting to hit the West Coast of the United States. ”

“Once pristine rice paddies overgrown into forests. Wild animals roaming the streets of eerie towns with an uncertain future.”

“Is Fukushima radiation posing a threat to people and animals in B.C.? While not all scientists agree, local experts say the biggest risk to people might be the misinformation being spread about the radiation. Canada Research Chair Dr. Erica Frank joins Unfiltered with Jill Krop.” Global News, Canada

“Decommissioning Fukushima Daiichi nuclear power plant will take three or four decades, Japan’s government said on Wednesday as it unveiled plans for the next phase of a huge and costly cleanup of the tsunami-wrecked complex.”